If you went to Google I/O 2014, you probably treasure the ADT-1, the first Android TV set-top box that was never made available for retail purchase. It's also the first Android TV device to be updated to version 5.0.2... out of an admittedly limited field at the moment. LRX22G contains a few small changes to the core of the system for a few easy performance improvements, but nothing dramatic, so don't sweat it if you aren't part of the initial OTA rollout. 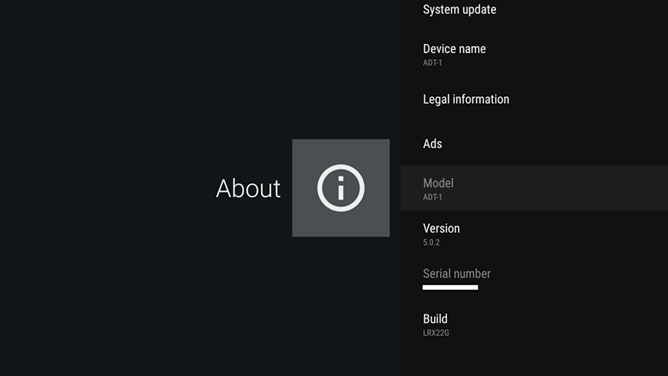 If you just can't wait, here's the OTA ZIP file - you'll need an unmodified ADT-1 and a PC to flash the file with via the ADB interface. This Google+ community has files and instructions for those of you who've rooted your Android TV boxes and installed a custom recovery. And before anyone asks, no, we don't know when the same update will be coming for the retail Nexus Player, though it's probably not too far off.