There are a lot of outdated apps lurking in the Play Store, but Yelp's antiquated design has been particularly irksome. See, Yelp is a popular app that can be really useful, but it is just a mess of old design language. If you're in the Yelp beta, check your updates because things are about to change. Yelp 7.0.0-Beta1 is rolling out with a material overhaul. It's so much better, and we've got the APK below for your sideloading pleasure. 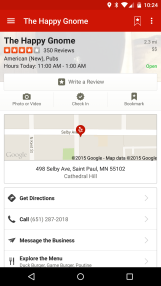 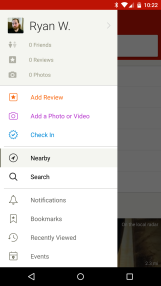 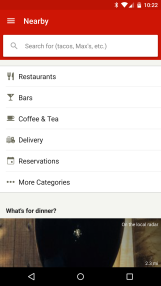 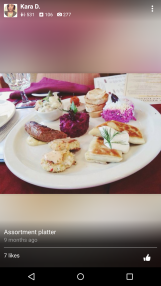 Even if you're not on Android 5.0, there's a lot to like about the new layout. For one, that strange grid of icons is gone from the main screen. That by itself was very Gingerbread, not that the rest of the app was much better. There's now a slide-out navigation menu as well. This takes the place of the ambiguous and mostly useless up arrow. The Yelp beta also has a proper translucent status bar and multitasking hero color.

You can grab the beta by signing up to be a tester on the Yelp Google+ page, or just grab the APK from APK Mirror and call it a day. There are some pics of the old (technically current, non-beta) UI below if you want to compare. 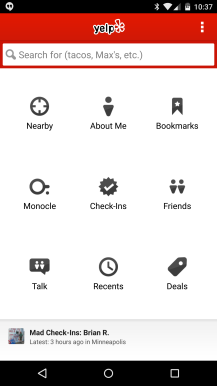 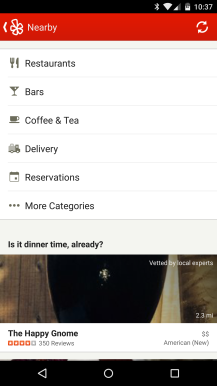 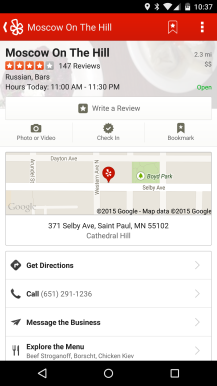 Talon For Twitter (Plus) Gets Major Update To v2.0 With "Muffle User" Feature, Activity Page, ...