As any basketball fan knows, NBA All-Star Weekend is coming up later this month. We're going to watch The Splash Brothers - Klay Thompson and Stephen Curry - duke it out as opponents in the three-point competition (along with Kyle Korver), see who has the best skills at the rim in the Sprite Slam Dunk Competition, and of course watch the best players the NBA has to offer* go head-to-head in an East vs. West match up. I love All-Star weekend. 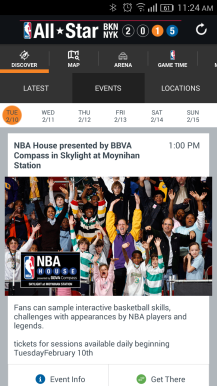 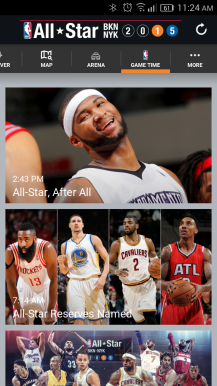 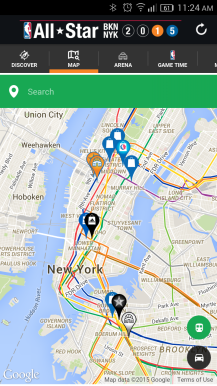 To gear up for the big event, the NBA recently launched a standalone app for the All-Star game. It's mostly geared towards the lucky ones who will actually be at the game, but there's also news and other info for the rest of us who have to sit home and watch it on TV. You'll find point-to-point directions to all the All-Star events, venue information, All-Star news, location-based alerts, links to content from the GameTime app, and more under the hood, which seems pretty useful for everyone who's even slightly interested in the game.

As an aside, I just want to say that I'm stoked to see my boy Jimmy Butler in his first All-Star game! He deserves it. The "G" stands for Gets!

* - As voted by the public, who may not always make the best decisions. Kyle Lowry as a starter? Please. Damian Lillard not even a reserve? That's an injustice. Whatever, man.

Official LIFX Bulb App Updated To Version 2.0 With Support For Android Wear And IFTTT, A ...

[Inconceivable!] The Verizon Galaxy S5 Is Getting Lollipop Starting Today