Physics games are thick on the ground on mobile platforms. And to be honest, Off Bot Out from developer Martin Magni doesn't seem to offer much in the way of new ideas... at least at the start. But building on the basic tools introduced in the first few levels and expanding on them with a surprisingly rich physics engine, the game gets much more complex very quickly. Before long Odd Bot Out becomes something that is, if not wholly unique, then certainly special.

The basic story is that you're a defective robot who's failed the height test - apparently your creators subscribe to the Irkin Armada school of meritocracy. It's your job to find a way out of the reject pile at the bottom of the robot factory, making your way through 100 levels filled with physics-based obstacles. The most basic ones only involve pushing a few blocks around, but before long you'll have to operate levers, pulleys, electric switches, the occasional rocket, and even build odd Seussian vehicles to get to the next exit. 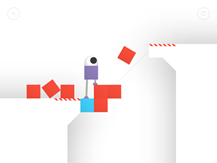 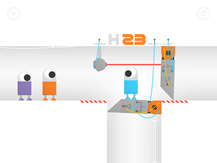 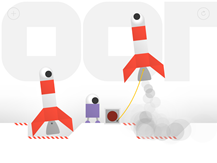 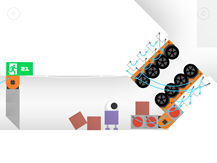 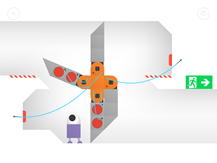 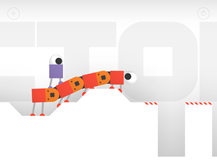 Odd Bot Out is a reasonable $2 for the full version, but if that's too rich for your blood, the free demo includes the first ten levels and an in-app purchase for the rest. Fair warning: it seems to consistently crash on my Nexus 6, but other Lollipop-powered devices can run the game just fine.