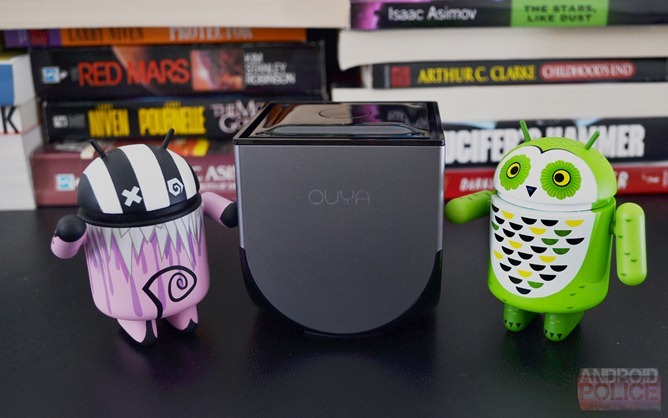 The Chinese government recently ended a ban on game consoles in the country, and the market has quickly become flooded with low-cost set top boxes designed for playing games. Many of them are running Android too. Alibaba could be interested in getting the Ouya store on its own set top boxes. Ouya's existing store is already designed for deployment on third-party hardware (like the MadCatz MOJO), so it would be a natural fit.

Ouya's original position was that it would periodically release new versions of the console hardware, but here we are almost two years after the launch and nothing. The Ouya is still running an increasingly ancient Tegra 3 processor. The deal isn't official yet, but it would give Ouya some more breathing room to figure out what kind of company it wants to be.

Shyp Android App Gets Delivered To The Play Store, Lets You Ship Packages Without Leaving The House