The always-useful BetterBatteryStats has received a major update that brings both a new look and full functionality on Lollipop devices. The interface remains fairly minimalistic, but at the least could be described as Material-esque. No hamburger menus or anything like that, but you have the bare bones there. 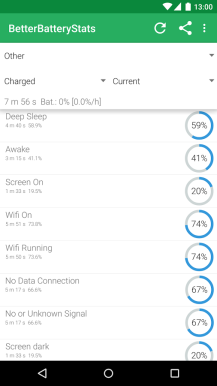 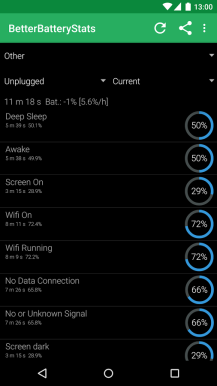 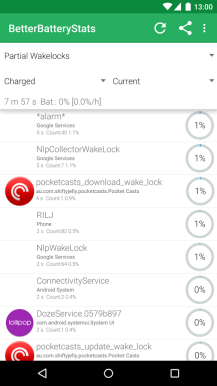 As you can see, a dark theme is available as well. I'm not a big fan of how the dark background pairs with the vibrant green, but I know some of you really don't like white themes.

A variety of under the hood changes are here, too.

My favorite, beyond the Lollipop support, is the new ability to import and export preferences. A key demographic for BetterBatteryStats is the user who likes to flash custom ROMs, so this provides a good way to restore after doing so.

You can grab the app on the Play Store or XDA Developers. If you're really enjoying it, make sure to buy it on Google Play to support its developer.

[WTF] Hey, Google And Asus, Where Are The Lollipop Updates For The Cellular Nexus 7s?