I love my Fire TV. In fact, it's probably the most-used set-top box in my house, and it's also the one that I keep in my home office for testing, watching basketball, and sometimes even playing games (not often). I sideloaded XBMC (Kodi) on it a while back, which made it even more useful. Of course, launching an app like XBMC on Fire TV is a legit pain in the tail.

For those who may not be aware, when you sideload an application on Fire TV, it doesn't show up in the main launcher. You have to jump into Settings > Applications > Manage all installed applications, find your app, click it, and hit Launch Application. Every. Single. Time. It's beyond annoying, but since there's no simple way to create application shortcuts for sideloaded content, it's all you've got. 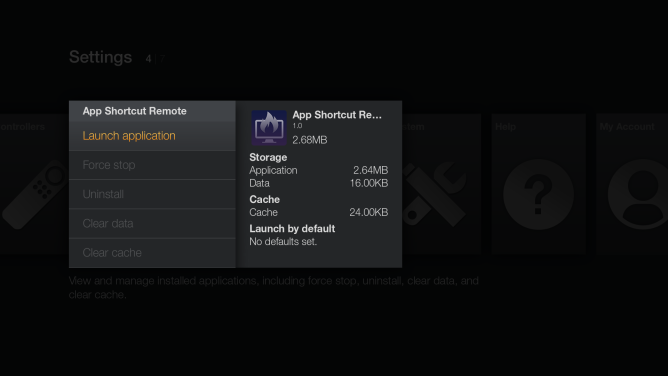 A new app that recently launched for both Android and iOS called App Shortcuts for Fire TV (catchy name there, guys) changes everything. It lets users quickly and easily launch any installed app on their Fire TV from a smartphone.

Setup is super easy: install the host app on your Fire TV (it has to be sideloaded, you can grab the download from here), enable the remote service, and install the Android or iOS app from the applicable app store. Connect the remote device to the Fire TV over Wi-Fi, and poof! -- you're done. The app will automatically load all the Fire TV's currently-installed applications in a list, and you're a tap away from anything and everything this little set-top box has to offer -- even sideloaded content. 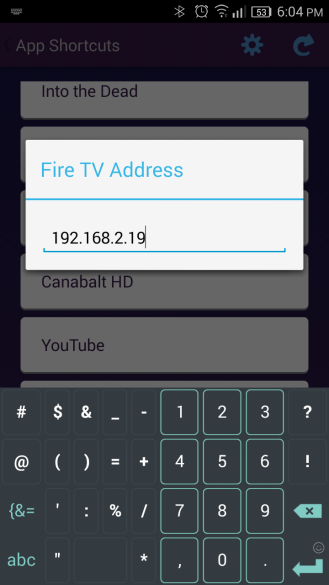 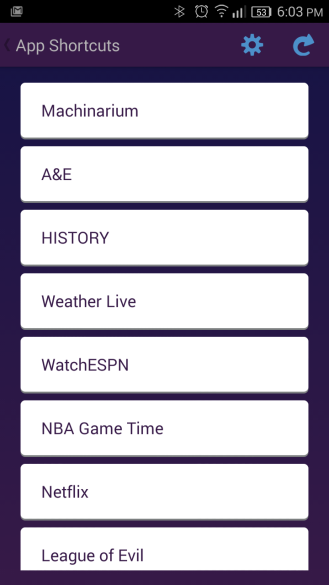 It works on both Fire TV and Fire Stick, so if you're looking for a quick way to launch some apps, this is it. Brilliant.