We first caught wind of an in-progress visual redesign of Pandora's Android app back in September, but it hasn't reached the masses until today's update to version 5.7. Pandora, which had a very dated interface, was well overdue for some kind of reimagining. While Material Design fans are sure to be disappointed, there are several notable improvements and the overall look is much cleaner and modern. 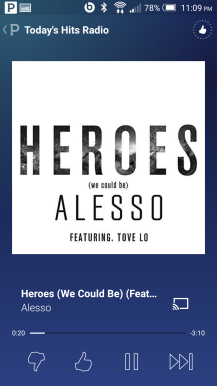 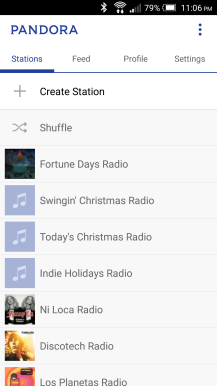 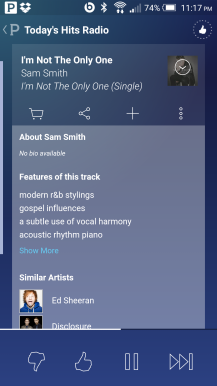 Most of the style is obviously iOS-inspired, which is hardly surprising. This is not much different than what we saw in September, but does include what Pandora calls a "mini player," which is really just the app keeping the play/pause controls visible as you swipe left and right to look at the track history or swipe up/down to access more info about the current track. Also, Chromecast support has come on board since then.

One feature of interest is the ability to review previous tracks and change your thumb selection, in case you change your mind or pressed the wrong one. If you press the thumbs up in the top right corner of the now playing screen, you'll see this: 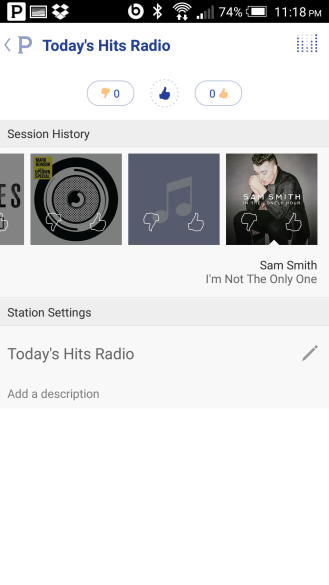 You can look at the station's history, change its settings, and see things like the net like and dislikes you have for it.

One glaring omission is the continued inability to pause, play, or advance to the next track from the sticky notification. This one is hard to explain given how much of a standard behavior this is for music apps on Android. 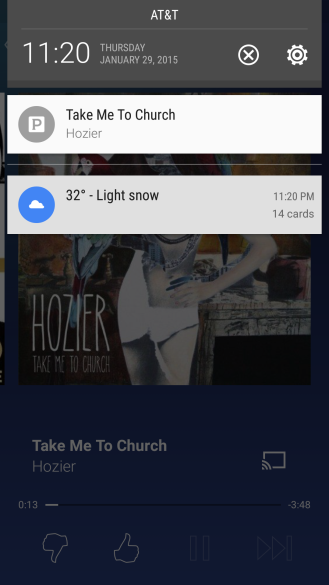 At any rate, this is still going to be a big step in the right direction for Pandora fans. The new look is a vast improvement and the peripheral features are welcome, too. If you want a lot more from the app, you probably already moved on to another service.

Update: Here's a look at the tablet interface, which, well, looks very little like the new phone UI. 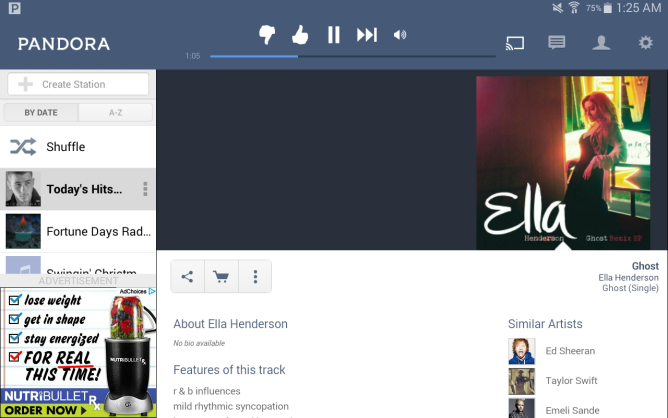 The update should be coming via the Play Store very soon if it hasn't already, but why wait? We have the hookup.

[WTF] Hey, Google And Asus, Where Are The Lollipop Updates For The Cellular Nexus 7s?