ZTE has announced the Blade S6, a mid-range handset boasting a 5-inch screen and a physical design that, while hardly original, still looks slick. The 4G LTE-enabled device should handle lightweight use just fine thanks to its Qualcomm Snapdragon 615 processor and Adreno 405 GPU. With Android 5.0, 2GB of RAM, and a 13MP rear-facing camera (5MP on the front), it's packing enough to hopefully keep buyers happy, especially considering its $249.99 price tag. 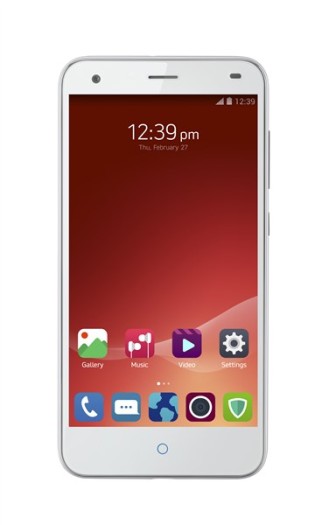 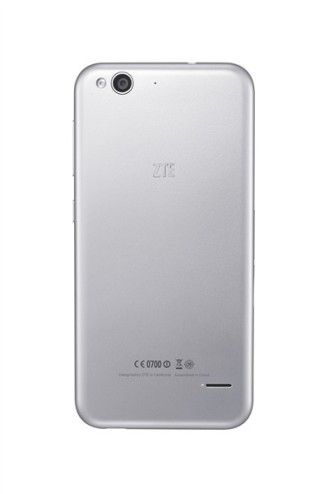 ZTE isn't highlighting the Blade S6's screen resolution, which suggests that it probably isn't particularly stellar. If you're concerned about battery life, then this is a good thing. The phone should last quite a while when taking into account the 2,400mAh battery tucked away inside. Storage needs are handled by 16GB of internal memory and a microSD card slot.

On the software front, we're looking at the MiFlavor launcher and a number of gimmicks, such as the ability to turn music on by holding down the volume button and drawing a V in the air and shaking the device to enable the flashlight.

All things considered, it might just be worth picking up a ZTE Blade S6 from AliExpress when the phone goes on sale early next month. It will also appear on Amazon and eBay in select markets.

“In line with our product portfolio plan, we very much sought to push the envelope with the Blade S6, and to do so in a way that would appeal to youths, as well as those with active social lives,” said Mr. Adam ZENG Xuezhong, Executive Vice President of ZTE Corporation and CEO of ZTE Mobile Devices.

“The Blade S6 is part of our 3+1 approach, which is led by a trio of product lines that includes the voice control Star series, security-focused Grand series and mass-market premium Blade series. The sub-brand Nubia series completes the approach, which together allows ZTE to address an expansive variety of customer needs.”

To date, the Blade series has accounted for over 20 million units of ZTE’s global device sales, thereby validating the company’s strategy of adding high-end features to devices targeted at multiple customer segments.

Among those key features are the device’s Smart Sense, which includes an intuitive and practical sets of gesture and motion controls, such as with a flick of the wrist that allows users to shine the Blade S6’s flashlight, activate its built-in mirror application, take rapid succession of photographs, play music, and much more.

Powering the Blade S6 is the new Qualcomm® Snapdragon™ 615 chipset – Qualcomm’s first octa-core system-on-chip solution – and an Adreno 405 image processor capable of Full-HD H.265 decoding. This makes the Blade S6 the world’s first Android-L device to be powered by the Snapdragon™ 615, and uniquely capable of providing one of the most seamless user experiences currently on the market.

ZTE’s MiFavor 3.0 user interface meanwhile offers numerous customisation and personalization options at the finger-tips of the consumer. The Blade S6 also packs equally a punch in the audio department thanks to its Hi-Fi sound capability. The device’s five-inch screen is built using In-Cell technology, which allows better and more vibrant image quality.

Packaged in a slender two-millimetre-thin casing, the Blade S6 comes in a silver or pink matte finish.

“With its small package and powerful capabilities, the Blade S6 is the dream device for the socially active consumers and a clear demonstration of ZTE’s ability to offer a premium smartphone at an affordable price.” ZENG added.

The retail price for the ZTE Blade S6 is $249.99 US. ZTE Blade S6 will be available online globally on AliExpress, and with Amazon and eBay in selected markets.

It will be available through the distributor, Qool International Ltd, and exclusively at the Hong Kong mobile operator csl. and other major retail channels including Suning, Dream Team, Sun Shine Telecom, Cyber Telecom, 188 Digital.com, Pak Lik and I Mobile in Hong Kong.