I've been playing guitar for over half of my life at this point, and I still love to try new things - new pickups, new amps, new strings, new picks...you get the idea. Of all the things to try out on a guitar, one of the easiest is a new tuning. Assuming you have a set of strings that can handle the tuning you're looking to check out (I wouldn't, for example, suggest trying out Drop A with a 10-46 set), it's pretty much just a task of tuning up the guitar and seeing how you feel about it before actually committing and doing a full setup. 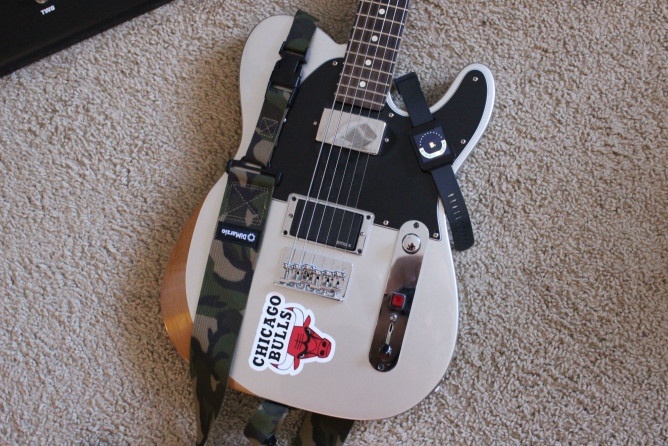 I switch tunings all the time, and I always have a tuner close by. I generally go for my Snark clip-on headstock tuner for quick adjustments, but that may change now thanks to a new tuner for Android Wear called atHandTuner (or @HandTuner). It's not the catchiest name, but it's super simple and works really well.

Now, don't get me wrong here - there are tons of instrument tuners on the Play Store, and this is just another one to add to the mix. It doesn't do anything differently from the rest in terms of functionality, but the fact that it includes a Wear app is still something to talk about. 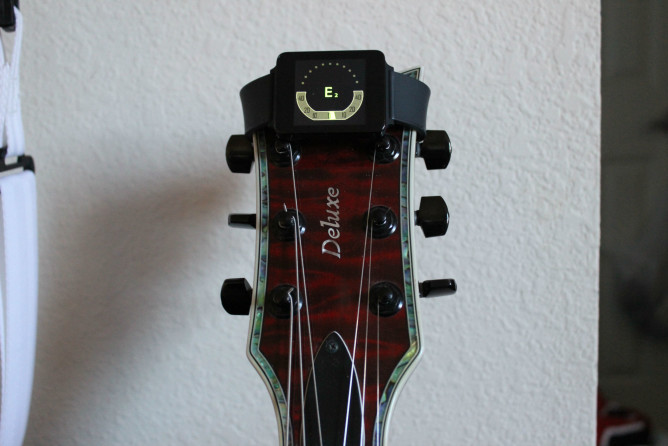 I ran the tuner through a few tests before writing this story up, starting with the guitar I keep in standard tuning since that should be the easiest for any tuner to handle. For comparison, I grabbed my trusty Snark and threw it on the headstock, too. Unsurprisingly, it handled E through e without a single issue and was just as accurate as the Snark. I decided to work it a little harder, so I grabbed my Drop B guitar (that's B F# B E G# C# for the curious among you). Again, it worked flawlessly.

Out of all the tunings I play in, I always seem to have the most difficult time getting my Drop A (A E A D F# B) guitar just right. This is really where I was most impressed with @HandTuner - it was able to detect the low A with precision, which can be a task for other tuners. Not bad.

It's also worth mentioning that @HT also features a cool "clip on" mode that allows you to literally strap your watch the to headstock of your guitar and use it like that. That seems like a little more trouble than it's worth, but if you don't already have a headstock tuner lying around, then it may be worth checking out.

Either way, I like this app and will likely be using it fairly often moving forward. It'll set you back $1.45 from the Play Store, and you can grab it by hitting the widget below. Roadie Is Ride-Sharing For Packages, Turns Weekend Trips Into A Chance To Make A Buck