Samsung's Pro series tablets are getting a little long in the tooth these days, but it's hard to pass on the deal being offered at Groupon today. You can get a refurbished Tab Pro for as little as $174.99, but you have mere hours to decide. 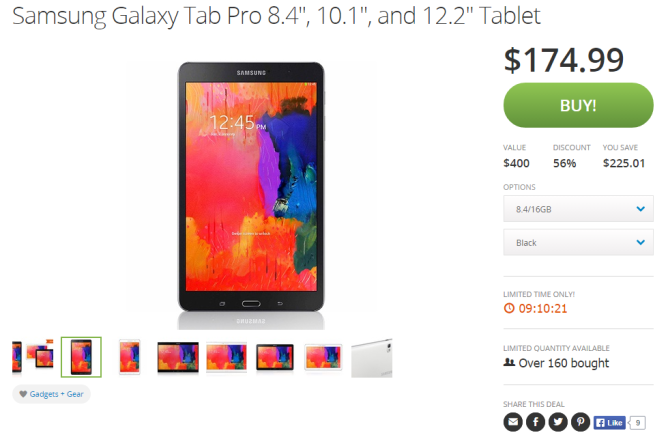 The deal only runs for another nine hours or until supplies are gone. These are refurbs, so there's only a 90 day warranty. Groupon does offer free returns if something isn't right, though.