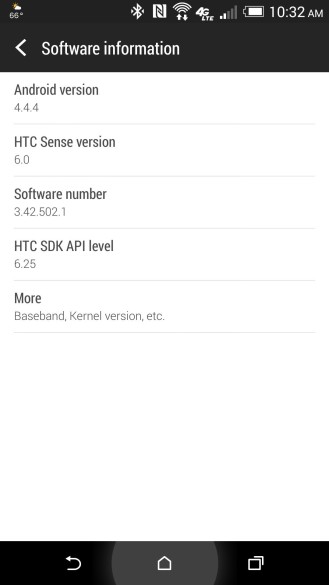 @jmchatton @htc We just received TA on 4.4.4 for AT&T M8. Will include VoLTE and the HTC Eye SW experience. OTA to start early next week

This week has come, and the changelog has again appeared on AT&T's website. The items are the same as before, but here they are again if you're viewing them for the first time.

Note, this update is only for the AT&T HTC One M8 (0P6B120). It will bump the device up to version number 3.42.502.1 once everything is installed and running. Hopefully this time everything is good to go.