Welcome to the latest entry in our Bonus Round series, wherein we tell you all about the new Android games of the day that we couldn't get to during our regular news rounds. Consider this a quick update for the dedicated gamers who can't wait for our bi-weekly roundups, and don't want to wade through a whole day's worth of news just to get their pixelated fix. Today we've got a unique spin on the tactical RPG, a beautiful twitch game, a Breakout-platformer mashup, a roguelike with chess movement, and an oddly disturbing fishing game. Without further ado:

If you've played a Dragon Quest game sometime in the last 20 years, you've probably slaughtered hundreds of tiny, weak slimes - they're the Goombas of the RPG world. But what happens when the slimes rise up and bring the fight to their fleshy oppressors? Half Final Fantasy Tactics and half Invasion of the Body Snatchers, this game has you taking over fantasy heroes with your party of slimes and conquering the world. It's the best game in the world for members of the Brain Slug Party. This one is free with a few in-app purchases for extra characters. Note: You'll need to set the language to English manually.

The world was on the brink of destruction. An evil race known as humans had appeared from out of nowhere, and had the world in the palm of their hand. Forests were burned, the skies and seas were polluted, and tyranny reigned supreme. At this rate, the end of days is not far off. And then, despite us having done nothing to earn their malice, they came to make war upon us. As we did not possess any significant fighting force, it was just a matter of time before we were annihilated. Skyward looks a lot like Monument Valley, and it's clear that the latter game is a huge inspiration on the former. But instead of slow-paced puzzles, this game focuses on twitch timing: one of the player's dots rotates around the other, and a single tap makes it "land," forcing the opposite dot to rotate. It's a simple premise that will be enjoyable for fans of Flappy Bird and similar games, with much better visuals and atmosphere. Free with no in-app purchases.

A great journey to the sky starts with a single step. Through dynamic escher-style labyrinths you will reach your inner peace in this endless one-tap-one-step game. Get higher scores to unlock new patterns and beat everyone in the leaderboard. 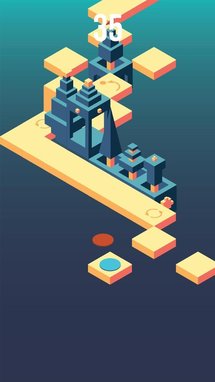 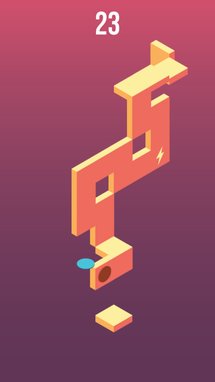 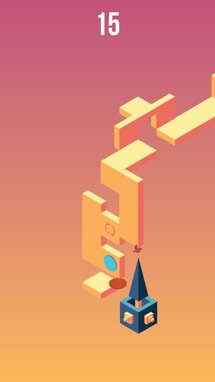 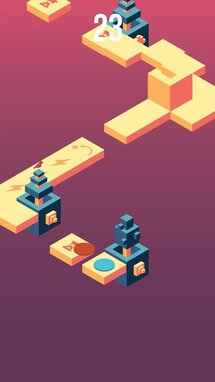 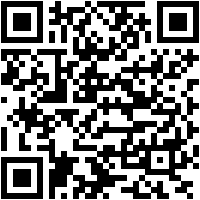 Mix the ancient gameplay of Breakout or Pong with the slightly less ancient gameplay of 16-bit platformers, and you'll get something like Blockadillo. Each level has fixed blocks that you'll have to smash with just some basic steering, but some include puzzles and physics elements to keep things interesting. Blockadillo is free with advertising, but a cheap $2 in-app purchase will grant access to extra levels.

Blockadillo is an arcade game where you smash colored blocks with a furious, color changing Armadillo. The catch: The Armadillo moves the whole time up and down by itself and you can only steer it left and right. Within the beautiful levels you will find deadly traps and lots of blocks with different abilities. Discover the remains of an ancient culture and use their old machines to cleverly solve the levels. 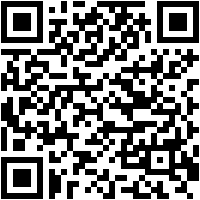 Rogulikes are pretty easy to find these days, but this one uses the movement principles of chess as an interesting twist. You start out as a pawn - move one block at a time, attack diagonally - then find equipment and power-ups to transform into more powerful pieces, eventually getting all the way up to a queen. It's a novel take on a somewhat tired genre, and the level editor is a nice bonus. It doesn't hurt that the game has no ads or in-app purchases.

Chesslike takes the familiarity of chess and puts it into a fantastic new world of possibilities. This game is NOT chess. The rules have changed, and even a pawn can take up arms to become the new king. Dive into fun puzzle levels, or take some time and conquer an entire castle by assassinating the king. When you've had your fill, create your own levels to challenge your friends with the Level Editor. 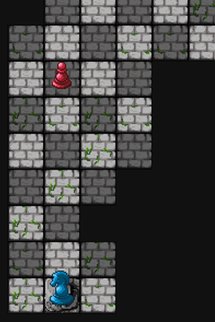 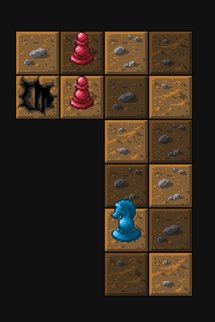 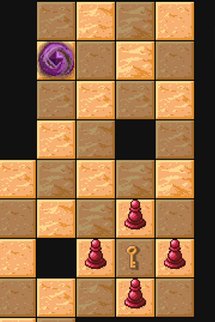 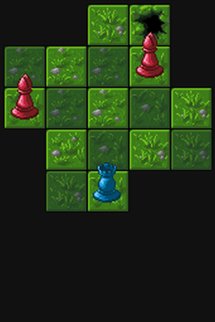 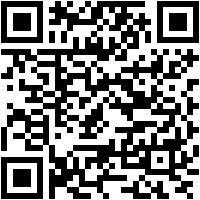 In Fisherman - Monsters & Stuff, you are the slave of a Lovecraftian undersea horror. You must catch fish at a breakneck speed, avoiding mines and picking up bonus items. Pick up the wrong thing and you explode. Slacken your pace and you're devoured. It's pretty freakin' odd, really. A collection of weird and collectible characters gives Fisherman some replay value, but I'll be honest, the WTF trailer is what got this game on the list.

The Fisherman is the only arcade game which let you wear Bavarian socks and go fishing for terrified fishes smashing them with a little help of a berry pie. Carving a raft from a piece of wood? Pumping an inflatable toy crocodile? It’s all possible swimming between unpredictable naval mines and dreadful monsters from “B” movies. Gain your fish fortune as Al Fish, Ron Kowalski or any other pixel bastard and spend everything on the most useless stuff. 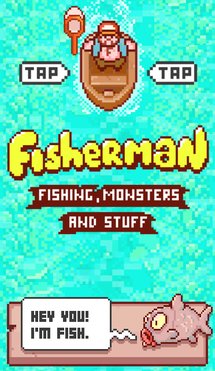 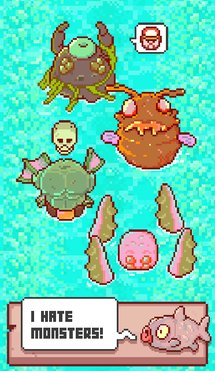 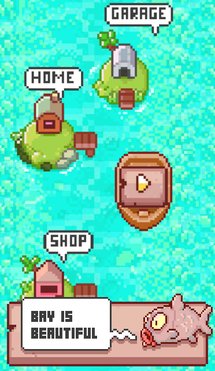 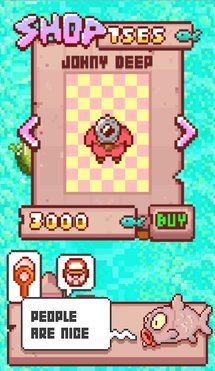 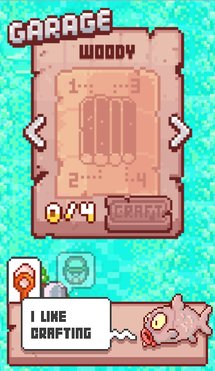 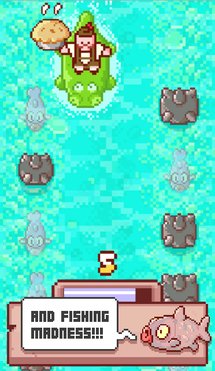