The second mobile title based on The Witcher series of games has arrived on Android, and it's a bit more action-packed than the board game from a few months ago. The Witcher Battle Arena is a multiplayer online battle arena (MOBA) game based on The Witcher universe. It's free-to-play, but the developers say it's not "pay-to-win."

The Witcher Battle Arena is played in a top-down isometric view in a number of small arenas populated with control beacons. You and your teammates must capture these beacons to drain the enemy team's energy until it hits zero. There are nine different heroes to unlock, each of which has different skins and weapons that can be equipped. So, as you're playing you see the same nine characters over and over, but they don't actually look the same. There are similarities, but it keeps things interesting. 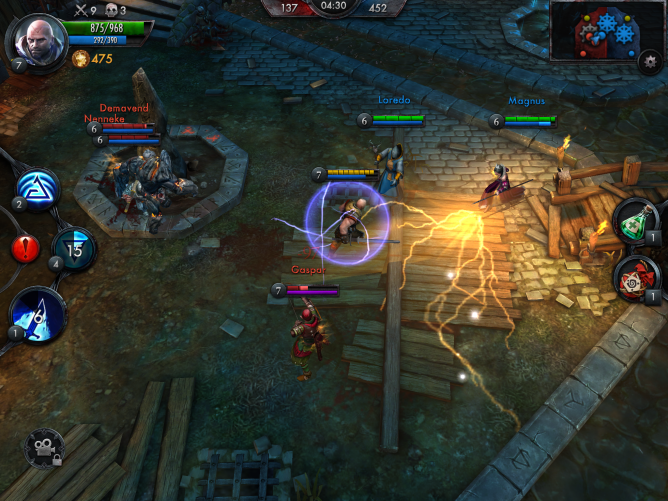 Being a battle arena-style game, the goal is to take out the other team, but you also get RPG-style character progression. Loot drops offer the opportunity to equip characters with better gear, and stats can be improved the more you play. There's some depth here, but it's still a mobile game at heart. Each match only takes 7-10 minutes, so you don't have to devote a huge amount of time to play. Matches come in several flavors—there's standard 3-on-3 team play, co-op humans vs. the AI, and single-player with AI. The overall gameplay is the same across these match types.

Each character has three special attacks in addition to a basic attack (either melee or ranged). You start the match without any of these enabled, but through combat you gain experience that lets you unlock them for the duration of the match. It's like a microcosm of RPG gameplay contained within each battle.

I really like that the various characters have distinct abilities and gameplay styles. For example, The Operator essentially lays traps that can be triggered to cause massive damage, while the Golem is a tank that dishes out short-range damage. 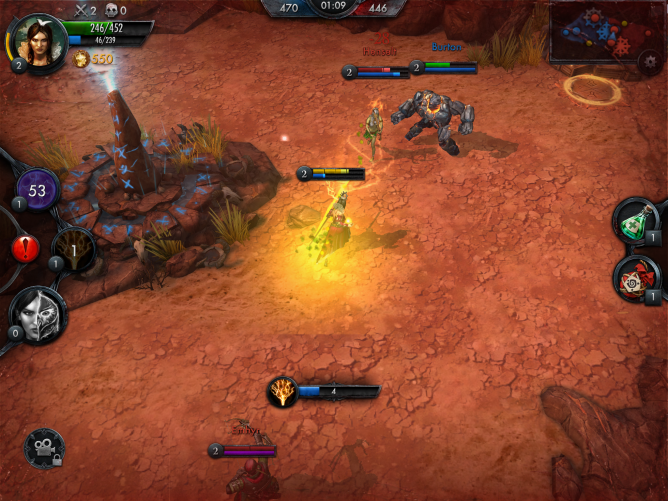 Being a game designed for mobile, the controls are simple in The Witcher Battle Arena. I'd say they're still sufficiently engaging, though. You simply tap to move to different places on the map, and tap to attack enemies once you get there. When you select a power, you tap on a location or character to cast. I think this is probably a better way to go about it than the dual-stick setup many top-down combat games use. That works well enough, but can be a little tedious when there's a lot of action on the screen.

Let's get this out of the way—The Witcher Battle Arena looks great. The arenas have very different looks and are highly detailed, but it seems like there are only two right now. I'd really like to see some more. The lighting effects are quite attractive, and not over-the-top to the point they obscure what's going on. 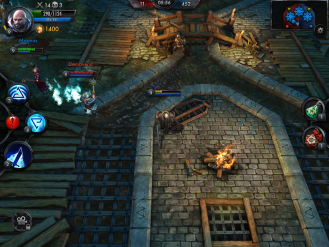 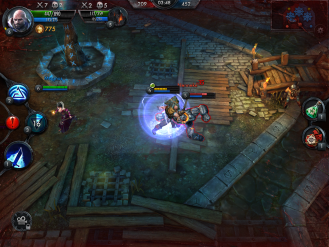 All the gameplay takes place in the same top-down view, so you never get too close to anything to see how good the textures are, but everything looks plenty crisp from up there. 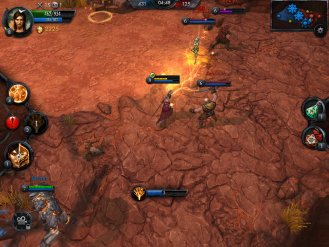 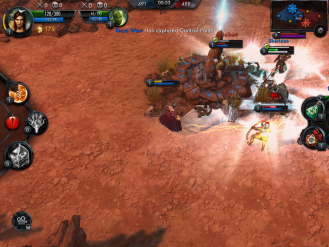 When you edit your character, you get a larger rendering that looks very nice as well. This is outside the regular gameplay, of course, but it's close to what you see while playing. I already mentioned that each hero has different skins and weapons, but you can really tell the difference between them just from a glance.

About Those In-App Purchases...

You always have to be wary of IAPs in multiplayer games, but for the most part, The Witcher Battle Arena gets it right. There is only one type of in-game currency (crowns), and you can't even buy it directly. You earn crowns from completing matches, which can then be used to buy new characters and equipment. Unneeded gear can also be broken down for crowns. 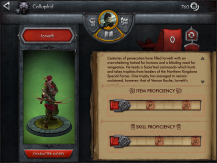 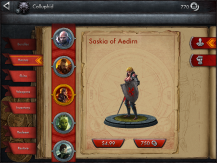 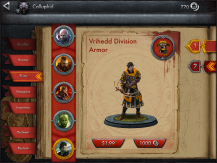 You start the game with enough currency to unlock one character permanently, but there's also a rotating roster of free characters to try out. It takes a few hours of play to earn enough crowns to unlock a hero, or you can buy one for $5 straight-up. Likewise, you can buy the skins and equipment for a buck or two instead of earning crowns. However, everything can be unlocked with crowns.

It does get a little grindy if you refuse to spend any money, but that's always going to be the case with free-to-play. In the grand scheme of free games, this one is pretty fair. It's also worth noting that your character progression and unlocked content will sync via Google Play Games. So you don't have to worry about working to upgrade everything and being back to square one when you move from one device to another.

I think it's definitely worth it to play a few rounds of The Witcher Battle Arena. If it doesn't strike your fancy, no big deal. It's free. The assortment of free heroes to try makes it easy to get a feel for the gameplay and decide if you want to drop some cash. 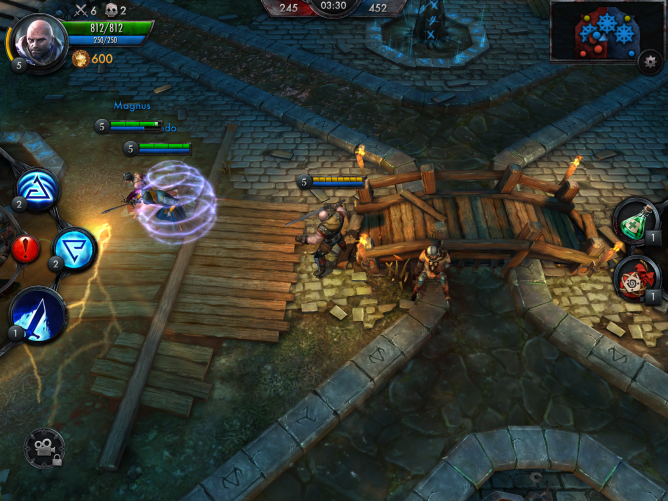 The Witcher Battle Arena also looks and performs great. I've been playing on the Nexus 9 without issue and battery consumption isn't anything out of the ordinary. Even in the event you don't want to play against real people, there are still the single-player offline and co-op modes. It's just a very well-crafted game, so go—play, kill stuff.

T-Mobile Announces 'Smartphone Equality,' Promises Best Plans And Financing To Any Customer Who ...