It's been almost a year since gaming accessory maker Mad Catz tried its hand at Android hardware with the MOJO (or M.O.J.O., despite the lack of any actual acronym). The tiny set-top box with mobile hardware and a relatively stock build of Android hasn't exactly set the world on fire, even after a $50 price drop from its $250 MSRP shortly after release. Maybe that's why Mad Catz has decided to do it again: the MOJO can now be had for $149.99. UK readers can buy one for £119, while mainland Europe gets it for €149. 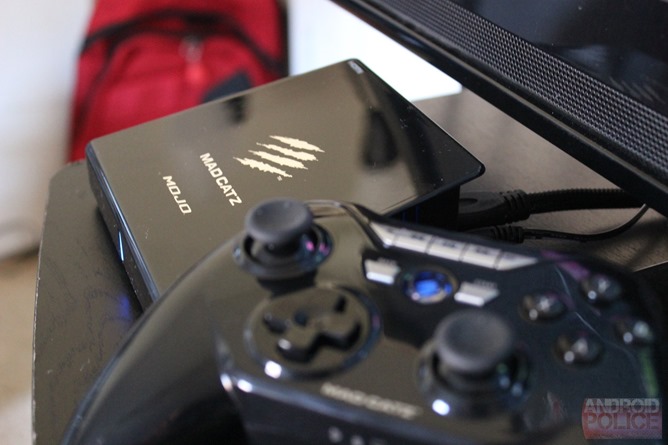 Perhaps Mad Catz is intimidated by new Android TV devices like the Nexus Player and the upcoming Razer Forge TV, both of which retail for just $100 and can play at least some Android games. Razer's entry will be available in a $150 package that includes a separate Xbox-style controller, very much like the MOJO. The Mad Catz box has a couple of distinct advantages: it uses a Tegra 4 processor, which is still extremely powerful almost two years after its debut, and it has access to the stable of games from OUYA... which, admittedly, isn't that big of an advantage at this point. There's also Amazon's Fire TV, which can play games with its controller.

The company seems oddly committed to the MOJO considering its niche appeal, but then Mad Catz has the kind of corporate culture that makes it seem like everyone is always excited about everything. (Have you seen this nutty controller idea?) It's also possible that Mad Catz is trying to get rid of some of the last bits of inventory before leaving the flash-in-the-pan "microconsole" market, or trying again with a full-on Android TV device.