Now, you may recall that IK has already made some movement in the Android space with its Samsung-only iRig HD-A and Android-compatible iRig 2, but now the company has gone and done something really freakin' rad: built an iRig that works with Android 4.0+. It's called the iRig UA.

Now, you're probably already aware of Android's audio-in latency issues that plagued our favorite OS up until Android 5.0, which Google finally fixed (yay!). So, how did IK bypass that? By offloading all the audio processing to the iRig UA. Basically, it has its own on-board audio processor that does all the heavy lifting, that way Android doesn't have to. The end result? AmpliTube on any Android 4.0 or higher device. This is a really clever solution to an absolutely obnoxious issue, and I wish someone would've done it sooner. Still, I'm really happy that IK is taking Android seriously. Hopefully other manufacturers will start to do the same. 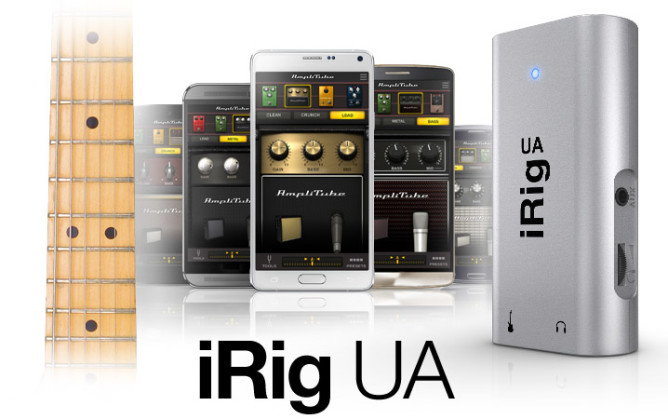 I know you're probably chomping at the bit to pick one of these badboys up (I know I am), but here's the bad news: you can't. Not yet, anyway. iRig UA won't be available till Q2 of this year, and it'll set you back $99 once it's released. AmpliTube UA, which will be required with the iRig UA, will be a free download from Google Play.

NFL Mobile App Gets Updated For Super Bowl XLIX, Will Even Include Commercials