It's update Wednesday, and you know what that means. It's right there in the name—updates. There's a new version of Google+ rolling out, but it doesn't look like a huge change so far. As usual, we're digging in to see what's what, but you can grab the new version below. 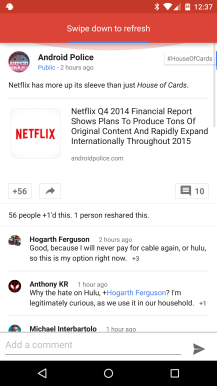 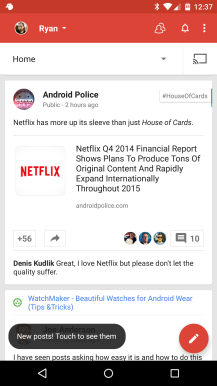 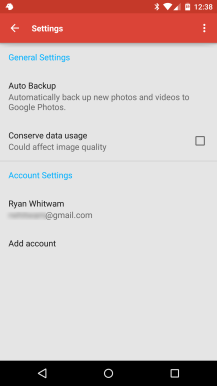 Probably the most significant change this time is the addition of a swipe down refresh gesture when viewing individual posts. This is long overdue and makes it much easier to see new comments without going for the overflow button.

A few sections have been renamed in this version as well. The main timeline is now called "Home" instead of "Everything," but that weird navigation bar is still there. Why this app doesn't have a hamburger menu I'll never understand. "My Circles" and "My Communities" have now become "Circles" and "Community."

Less notably, the settings menu now has a little extra splash of color with blue section headers, and the audience is a bit clearer when posting (i.e. blue globe icon for public). We're still looking around for other changes and will update if we spot anything.