Version 40 of Google Chrome went live today after a couple months in beta. There's no single headlining feature in this update, but there are a variety of genuinely useful additions and fixes. It is Wednesday, after all, and what better update than a major Chrome release? 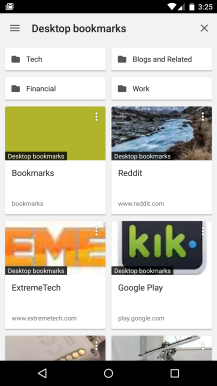 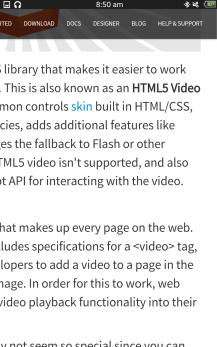 We have previously covered the bulk of the changes in this release. What's on the menu? Here's a changelog, created by me with links to previous coverage (as if Google would provide one):

About that last one, here's what we mean: press and hold on the address bar and you'll see something like the image below. 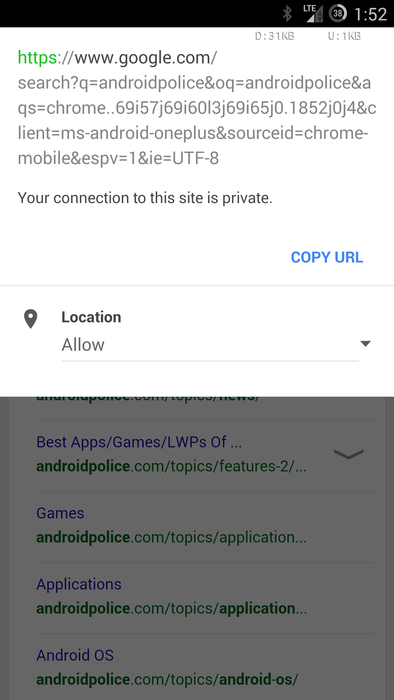 As you can see, site-specific location sharing settings can be managed from here. This is far nicer than the old way of accessing the full URL, which usually involved some scrolling and Hail Marys.

We have spotted some bug fixes as well, including:

The update should roll out over the next several days if you haven't gotten it already. If you don't like waiting, you know the drill.

NFL Mobile App Gets Updated For Super Bowl XLIX, Will Even Include Commercials

Google Reportedly On The Verge Of Launching 'Nova,' A Cellular Phone Service To Compete With ...