Google doesn't want developers naming their apps in ways that could imply association with or endorsement from Android, so instead of the Android Music Player, it prefers Music Player for Android. The idea is that this distinction makes it clearer to users that the folks who make Android had nothing to do with the creation of this particular app.

Now the Big G has expanded this guideline to all other brands. Android developers who visit the company's support page on the topic will see a new section dedicated entirely to this.

This change especially affects developers who create apps that integrate with a social network. Clients that access Facebook, Tumblr, or Twitter need to make it especially clear that they are not affiliated with the networks they're tapping into. Reddit Sync has already attracted attention from Google, because it doesn't call itself Sync for Reddit.

By putting this branding guideline in black and white, Google will have something to point to the next time a dispute pops up with an offending app. And new developers are less likely to find themselves in this position in the first place if they know from the beginning the way Google would prefer for them to name their software.

I should point out that regardless of how an app is named, it's easy to determine who the creator is by glancing at the developer's name underneath the app's title. 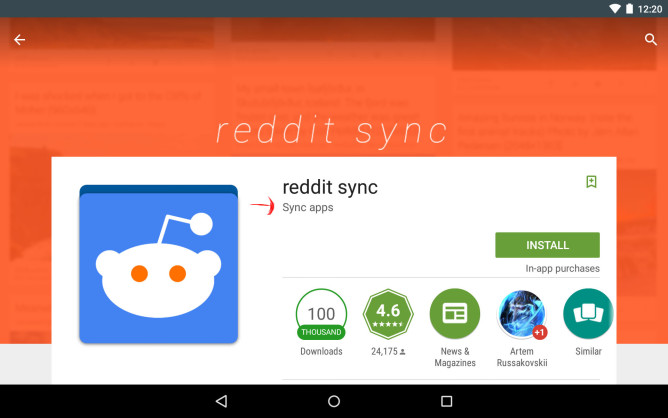 Yet while this may seem obvious, it assumes users are going to look. Many people glance at the title, maybe see how many stars the app has, and click install. This isn't inherently a bad thing either. While many of us know each major tech company's portfolio of apps well enough to recognize a third-party offering just by the icon, general users need not necessarily care in order to use their Android devices.

So if a change can communicate more within just the title, why not give it a go? That's the idea, anyway. We'll see how things end up. If the past is any indication, we may see more confrontation between Google and developers as this gets sorted out.