Battery not working correctly? Well, just defrag it! It's all so obvious now. No, but really, there's an app in the Play Store that claims to repair your battery and basically looks like a hard drive defrag program. The weird part, it's been in the Play Store for a long time and people (some of them real) rate it quite highly. This is very sad. 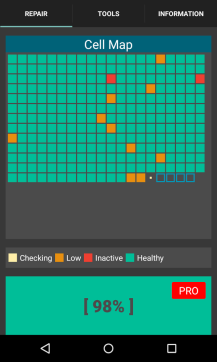 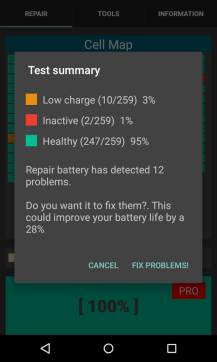 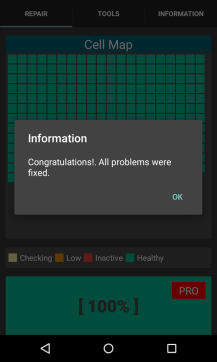 So here's what the app supposedly does—Battery Life Repair analyzes your battery "data cells" to see which ones are under-performing (okay, whatever). Then it magically fixes them and improves your battery life by unrealistically huge margins. You want more imaginary features? The pro version is about $3 via an in-app purchase. While you're at it, better download more RAM.

Anyone who knows much about technology will immediately be suspicious of this app's claims. If it were possible to wave a magic wand over your battery and fix the "data cells," you can be sure the engineers who made your phone would have built that into the software. The fact that so many real people (and probably some bots) are praising this app is a tribute to confirmation bias and the power of the placebo effect. Consider this a cautionary tale.

So come on, Google. Get this junk out of the Play Store. It would be one thing if it just had ads, but it's actually asking for money.

Update: The app appears to have been pulled. We don't know if the developer removed the app to staunch the bleeding or if Google stepped in. The developer's other apps are still available, though.