It's easy to forget, but T-Mobile USA is still owned by German firm Deutsche Telekom. In a recent speech given at the DLD conference in Munich, Germany, DT CEO Tim Höttges said that T-Mobile's un-carrier promotions won't be enough to keep T-Mobile going. The only long-term solution, apparently, is a merger. 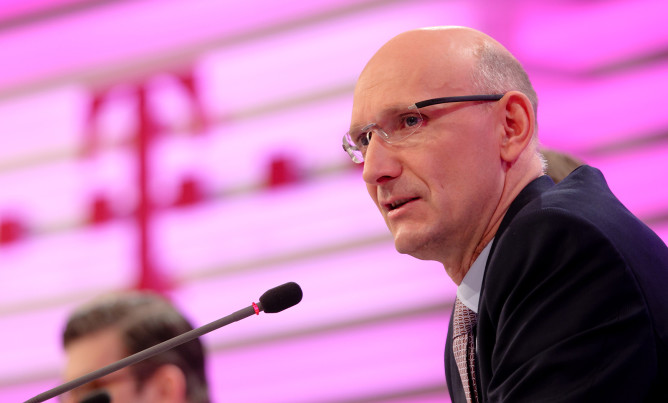 T-Mobile has been offering aggressive deals to get new subscribers, and it's working. That's only the first step, though. T-Mobile is losing money up-front to get new customers and grow the business, but it also needs spectrum, which is a limited resource. AT&T and Verizon have deep pockets to buy more wireless licenses, and T-Mobile has trouble keeping up even with its new-found customer base. It costs $4-5 billion per year just to remain competitive.

The long-rumored merger with Sprint was finally called off last year when it became apparent that US regulators were not interested in approving a deal that reduced the number of national carriers. Höttges says that he'd like to see the political environment change to make such a deal possible in the future. The FCC has also been investigating ways to limit the impact of huge players like Verizon and AT&T in spectrum auctions, but it's unclear if that will be enough. It really comes down to DT's desire to get out of the US wireless market.