Facebook and work are as synonymous as office jobs and solitaire. Sure, not everyone does it, but it's hardly surprising to catch a glance of some employee's news feed left open on a nearby monitor.

LinkedIn is supposed to be a social network for the corporate world, but using that site actually feels like work, and who wants to do more of that while they're taking a break? So Facebook is taking a more serious shot at the issue with "Facebook at Work." 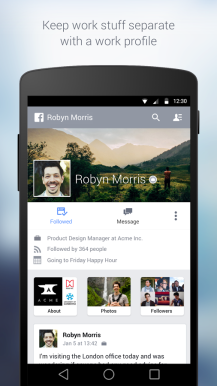 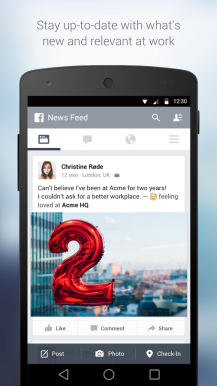 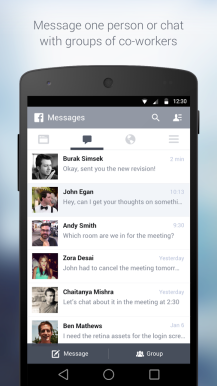 Facebook at Work allows for work accounts that are separate from your personal one, letting you and co-workers communicate professionally without opening up your social lives to everyone at your company. The catch is that your employer must use Facebook at Work in order for you to set up an account.

Outside of that distinction, the core experience is the same as what Facebook users are already accustomed to. There's a news feed for following posts, the ability to send messages, and the option to organize into groups. Just subtract your friends and add a bunch of colleagues whose status updates comment on the latest corporate strategy and the new Keurig in the kitchen. But you can still browse through all of the public posts on Facebook, so if none of your friends care about their privacy, your work feed can still be just as inane as your other one.

Jabs aside, the ability to use Facebook to easily contact co-workers and organize events does sound genuinely useful. These are two areas where it's handy to keep a profile around, even if you don't interact with the site all that much. 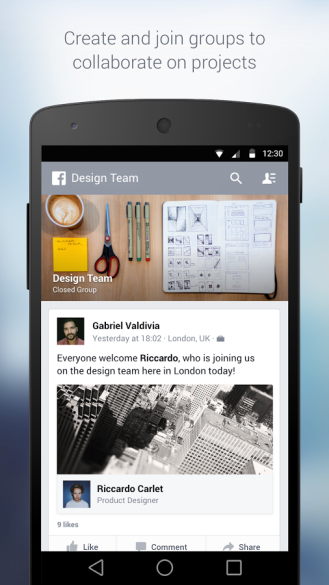 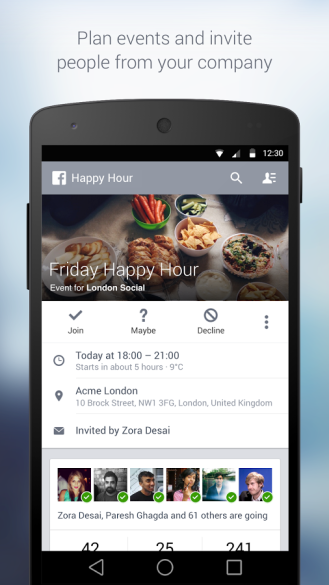 You can read up on Facebook at Work at the official FAQ page, and you can get the Android app from Google Play at the link below.