CES isn't the mobile show it once was. Most of the big flagship devices these days are announced at dedicated events or at Mobile World Congress, which begins in just a few weeks. HTC has sent out invites to its MWC event where we will apparently, "see what's next." 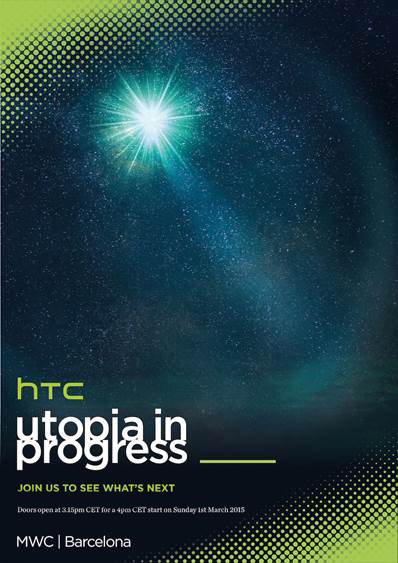 The invite doesn't offer much detail—just that HTC will unveil the thing (whatever it is) on March 1st. Maybe this "Utopia in Progress" slogan will figure in somehow. Hopefully this will be the rumored HTC One M9 "Hima" that has been leaking lately.

The M9 is rumored to have a 5-inch 1080p screen, Snapdragon 810, and Android 5.0 with Sense. However, all of that is still very much unofficial. We'll have to wait and see. Moto 360 DODO Bands Now Ready For Purchase In Four Colors Priced At $59.99 Each