Warning: the following story contains images that may be considered offensive by some readers.

Charlie Hebdo, the French satirical newspaper that was attacked by gunman last week causing the deaths of twelve people, has published its latest newspaper edition on the Play Store. The "survivor's edition" has rapidly sold out in print despite an enormous initial run, so interested readers in France and around the world now have a more accessible alternative. The edition is available as a stand-alone app in French only, though an English translation may be available soon. 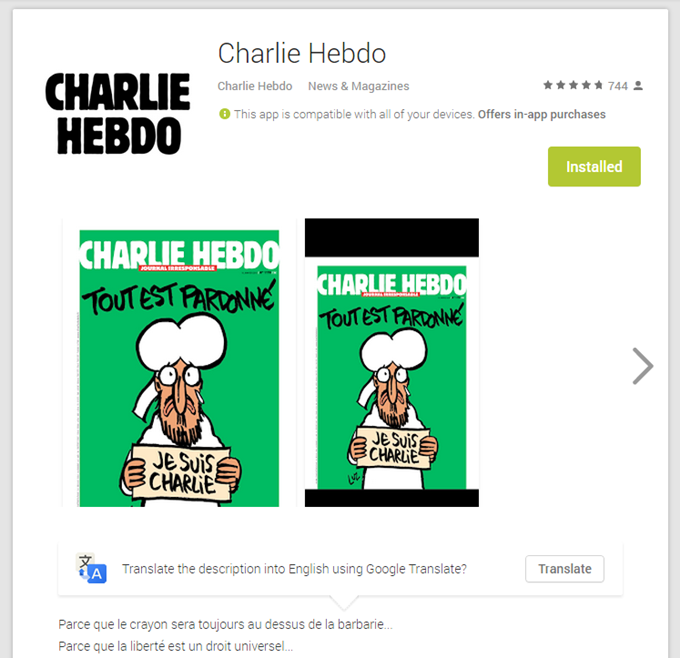 On January 7th, two armed men attacked the Paris offices of satirical newspaper Charlie Hebdo, killing twelve people including ten employees and two policemen. Both attackers were killed by French police two days later after a car chase and standoff. A third attacker took hostages in a Parisian kosher grocery shop the same day, demanding the release of the initial attackers during the concurrent standoff. The male assailant was killed by police, but four hostages were also killed. A possible female accomplice is still wanted by police.

The attacks and controversy surrounding their cause and effects have become the primary news story in Western media for the last two weeks. Law enforcement agencies in France and elsewhere have linked all the assailants with a Yemeni branch of the Islamic terrorist group Al-Qaeda. The group has claimed responsibility for the attacks, saying that they were performed to satisfy the honor of Muhammad, the historical founder and prophet of Islam. Charlie Hebdo had on several occasions published covers depicting satirical and insulting portrayals of Muhammad, as well as satirizing icons of Christianity and Judaism. Many Muslims object to images of Muhammad, and the portrayal of Muhammad in Western media has been the subject of controversy and religiously-inspired attacks in the past. 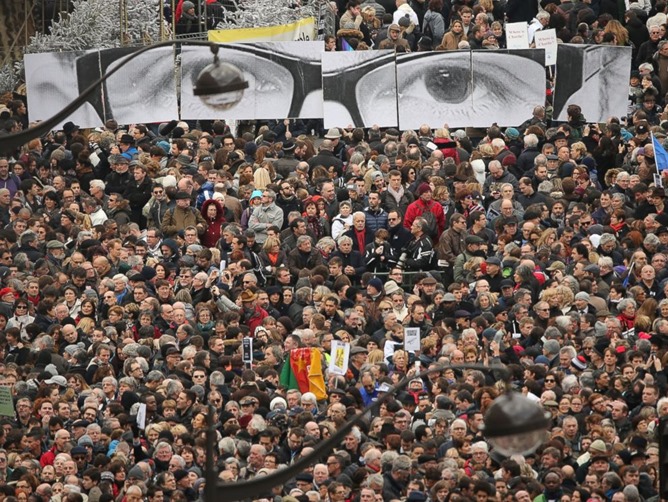 On Sunday over a million demonstrators, including religious leaders and representatives of world governments, marched through Paris to honor the victims of the attack. Image credit: Christopher Furlong/Getty Images via ABC News

The incident has incited a certain amount of civil unrest in France and sparked debate over free speech, and the limits thereof, throughout the world.

The publishers of Charlie Hebdo vowed to continue their work. Wednesday, exactly one week after gunmen attacked the newspaper office, the latest issue was released in an expanded printing of more than two million copies, which sold out almost immediately. The new issue's cover once again portrays Muhammad, but this time he holds a signs with the phrase "Je suis Charlie" ("I am Charlie"), the rallying cry for mourners and free speech advocates after the attack. Above Muhammad is written "Tout est pardonné" ("All is forgiven"), a message from the publishers appealing for forgiveness of the attackers and peace between Muslims and France as a whole.

Because the paper edition of the newspaper has become nearly impossible to purchase, the publishers of Charlie Hebdo have released a digital copy as a mobile application on Android, iOS, and Windows Phone. Prior to today Charlie Hebdo was not available on the Play Store in any form. The single Play Store listing for Charlie Hebdo (an app, not a newspaper or magazine) is a free download that currently offers the French edition of the digital newspaper as a $3.54 (3 euro) in-app purchase. The 16-page issue can be read in a typical magazine style, though there is no special formatting for mobile and the pages are presented full-size, requiring considerable zooming to read the articles. 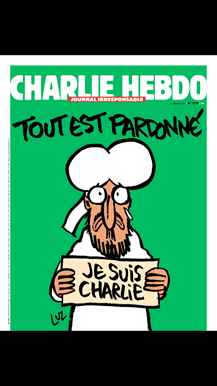 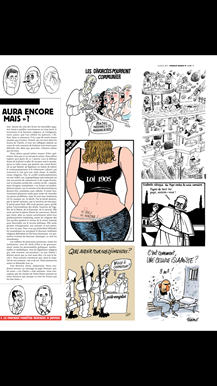 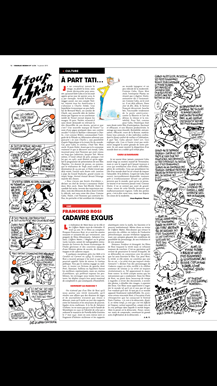 The Charlie Hebdo app is compatible with all Android phones and tablets running version 4.0.3 or higher. The publishers have promised to make translations of the issue available in English, Spanish, and Arabic, with the English edition due later today, but it's currently unclear if translated versions will be available in this or other mobile apps. 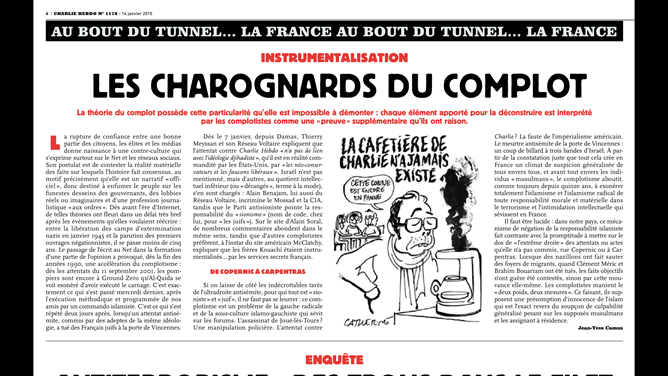