Accessing and controlling a full-sized desktop on a handheld machine is no task for the timid, and making a tool to do it isn't easy, either. But virtualization software vendor Parallels knows a trick or two, and they've added one or two more into the Android version of Access. The latest update includes new tools to access remote computer files, better compatibility for the S-Pen stylus on Samsung Galaxy Note phones and tablets, and better audio options.

The biggest addition to version 2.5 is the built-in file browser, which makes opening files remotely on a mobile screen much, much easier. The new UI accesses your remote computer's native file system in a thumb-friendly interface that floats over the desktop. The interface is familiar to anyone who's worked with the nested folder approach of desktop file systems, but the big UI makes it easy to get around with a phone or tablet. That said, the large format makes it difficult to find individual files or folders in a packed directory - good thing there's a built-in search function. Naturally the file browser has the ability to move files from the remote machine to your phone.

Parallels' press release says that Access now supports the proprietary S-Pen stylus on Samsung's Galaxy Note phones and tablets, though exactly how isn't specified - it's not as if you couldn't use one before. (Sorry readers, I don't have a Note handy to test out.) The last new feature is remote background audio, which allows you to continue playing audio from the remote computer even when you switch to another Android app. This worked, but only for certain applications: while I was able to browse to a local MP3 file on my computer, open it in VLC, and continue listening as I switch to the homescreen on my Android phone, I couldn't do the same with a Flash-based video in the remote computer's Chrome browser.

Parallels Access is free to download and try for one week, but requires a pricey $20 a year subscription for use on up to 5 Windows or OS X PCs. Remote clients are also available for iOS and the web. That's a lot of scratch for something with plenty of free alternatives (including Google's own Chrome Remote Desktop), but the extensive custom UI in Access might be worth it for someone who accesses their computer remotely on a regular basis.

Update: Here's an example of the new S-Pen functionality, which saves you from having to enable a direct draw tool in Access. Unfortunately it looks like it's only enabled on the Galaxy Note 4 and Note Edge. 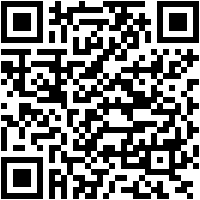