Do you trust the judgement of your internet-friends? Then maybe you want to keep track of their favorite stuff on social networks with Starlike, a new app from AOL. It generates a feed from Twitter, Facebook, and Linkedin of posts that are marked as favorites by your friends. 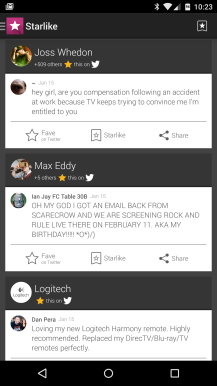 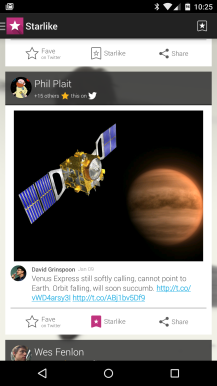 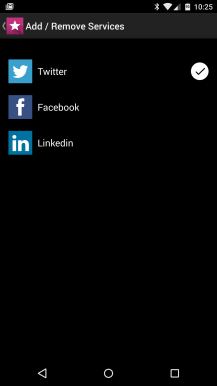 Your Starlike feed plugs into the aforementioned services and allows you to add any post as a favorite under your own profile from the Starlike app. You can also share or bookmark a post that is of interest to you. The bookmark feature is probably a good idea considering how much content can flow into Starlike. People like a lot of stuff, apparently.

The app itself seems to work well enough, but it's firmly entrenched in the holo era of design. Then there's that icon—c'mon, guys. That is not how shadows work. Starlike is free if you want to give it a shot.

Logitech's New Harmony API Allows Smart Home Devices To Better Communicate With One Another And ...