This story is about American hardware and software company Apple and Swedish telecom infrastructure company Ericsson. Neither of these companies makes Android hardware (though Ericsson dabbled in it with its ex-partner Sony), but the outcome might affect all manufacturers that release phones in the United States. That said, it's about patents and lawsuits, so get ready for a snore-fest over the next few paragraphs. Don't say we didn't warn you.

Still with us? Alright. Ericsson is the largest manufacturer of telecommunications equipment in the world, though their sales are mostly business-to-business, so most consumers don't see a lot of their wares. That kind of effort gives a company a huge patent portfolio, and since a lot of it revolves around the rapidly-expanding wireless industry, a lucrative one at that. Ericsson raked in 1.31 billion dollars in patent licensing alone last year, a huge portion of which came from Apple, licensing wireless networking patents for use in the iPhone and iPad. 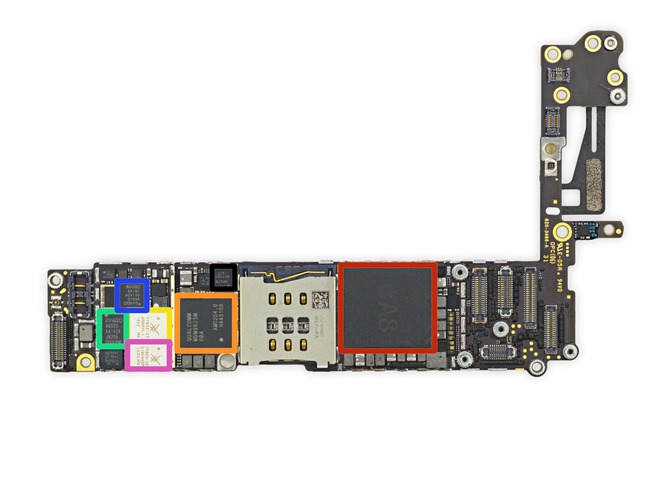 A circuit board from the iPhone 6. The MDM9625M wireless modem, manufactured by Qualcomm, is outlined in orange. Image credit: iFixIt

Apple would like it very much if they didn't have to pay that money. To that end they've been re-negotiating their licensing agreements with Ericsson over the last two years. Apparently the two companies haven't been able to reach an agreement, and the end result is that Apple is suing Ericsson in the Northern District of California. According to Reuters, Apple claims that Ericsson's patents are "not essential to industry cellular standards," and is hoping to get the court to declare them non-essential. If that happens, Apple, and presumably other companies currently licensing Ericsson's US patents for phones and other equipment, wouldn't have to pay for them. If the court finds that the patents are essential, Apple wants them to re-evaluate the licensing scheme to focus on the value of OEM parts rather than the final price of the phone that uses them.

In the grand tradition of stately international corporations having a pissing match over ungodly sums of money, Ericsson is suing Apple right back. Ericsson's counter-suit filed in the "rocket docket" of East Texas asks the court to evaluate its licensing offer to Apple. Ericsson's hope is that the court will find its offer reasonable, thus giving them leverage in Apple's suit.

It's pretty typical corporate lawsuit stuff, but the implications for the US wireless industry are huge. Ericsson holds more than 35,000 patents for wireless technologies, from relatively old 2G tech to the latest LTE networks. More or less every major player that makes or sells hardware has to deal with them. If Apple can manage to get the District Court to declare even a few of those patents non-essential, or get the court to enforce less stringent licensing terms, it could mean billions of dollars lost to Ericsson and gained by the US wireless industry.

What does this mean to the typical Android user? Not much, at least at the moment. If Apple wins even a portion of its case, other manufacturers and carriers will follow. As with all patent litigation, we're unlikely to see a definitive end to this for several years, after all of the dust and appeals have settled.

Pixel Battery Saver App Sold To A Shady Third-Party That Wants To Make It A Crappy (Possibly ...