[email protected], at first glance, looks like a trendy name for a blog about mastering origami, but it's actually an initiative that could some day help crack the secrets behind certain life-threatening illnesses. Folding refers to the way in which proteins bend themselves into various shapes, forming the building blocks for our bones, skin, and everything in between.

Sometimes proteins don't fold correctly, leading to diseases like Alzheimer’s and Parkinson's. Unfortunately, the process occurs so quickly that it's difficult for scientists to observe. A lab led by Dr Vijay Pande at Stanford University developed a way to slow the process down in a simulator, but it requires a good deal of processing power. Instead of relying on a super computer, the team created a way to utilize a network of devices all volunteering spare processing time.

Here's where you come in. The lab has worked with Sony since 2007 to get consumers involved using their PlayStation 3s. Now the company is taking the software mobile, bringing it in a beta form to certain Xperia phones: the Xperia Z series, as well as the Xperia T3, T2 Ultra, M2 Aqua, and C3. 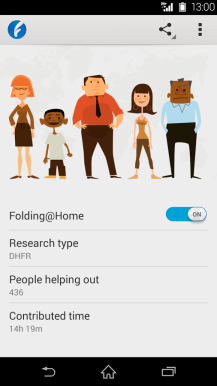 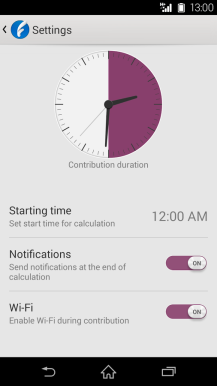 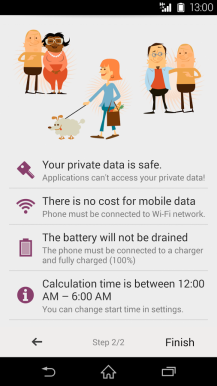 [email protected] runs while you sleep and only when plugged in (similarly to HTC's Power to Give), so it doesn't eat into your phone's battery life. When the app comes out of beta, it will then open up to non-Sony Android devices. You can get more information at the source link below. Level Money Acquired By Capital One, Will Continue To Exist As A Separate App

WearResponses v2.0 Rolling Out Today With Support For All SMS Apps And No More Root/Xposed ...