If you're a fan of the direction Samsung has taken with the design of the Galaxy Alpha and Galaxy Note 4, you'll be happy to see the same notes show up in even more hardware. The new Galaxy A7 is a bigger brother to the previously-announced Galaxy A5 and A3, complete with its thin, minimal design and metal bezel and frame. The phone's 5.5-inch screen is the biggest in the series, and it's also in the same ballpark (at least in terms of size) as flagships from both Samsung and its competitors.

For the A series it's all about cramming decent specs into a tiny body, and screen size aside, the A7 certainly qualifies. With a 6.3mm profile, it's even slimmer than the A5 and A3, probably thanks to a larger surface area to spread out the internals. That screen is an "HD Super AMOLED," by the way, and in the absence of more precise resolution I'm going to assume that means 720p. Underneath is a 1.8GHz octa-core processor on the standard model, with a slightly slower 1.5GHz octa-core on the dual-SIM version. The A7 uses 16GB of storage (not memory, Samsung) plus a MicroSD card slot, 2GB of RAM, a 13 megapixel rear camera plus a 5MP front-facing cam with Samsung's standard wide-angle lens, and a 2600mAh battery. That's a little small for a phone this big, but you've got to trim some fat to get everything in that 6.3mm case, huh? 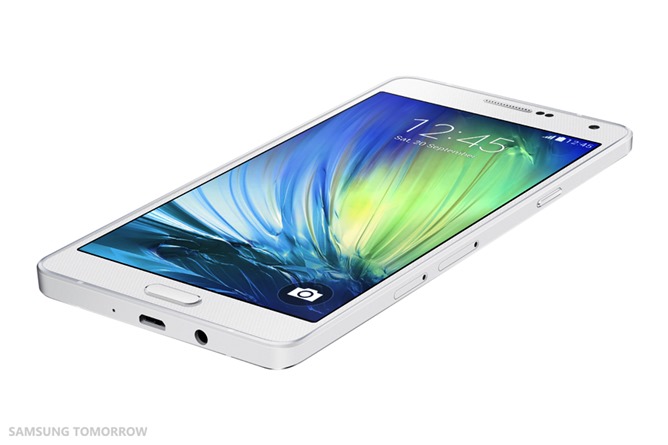 The A7 will be offered in black, white, and gold, and the body looks like a smoothed-down version of the Note 4 - observe the lack of flared corners and the bottom-mounted headphone jack. Also, it looks like you'll need a SIM card tool to access the MicroSD card slot, implying a non-removable battery. That's a rarity for Samsung, but it's also true for the A5 and A3. Software is Samsung's Android KitKat build, hopefully with a Lollipop upgrade before too long. Samsung didn't announce a price, but the promotional material says it will have a "competitive price point." A release date was not mentioned. 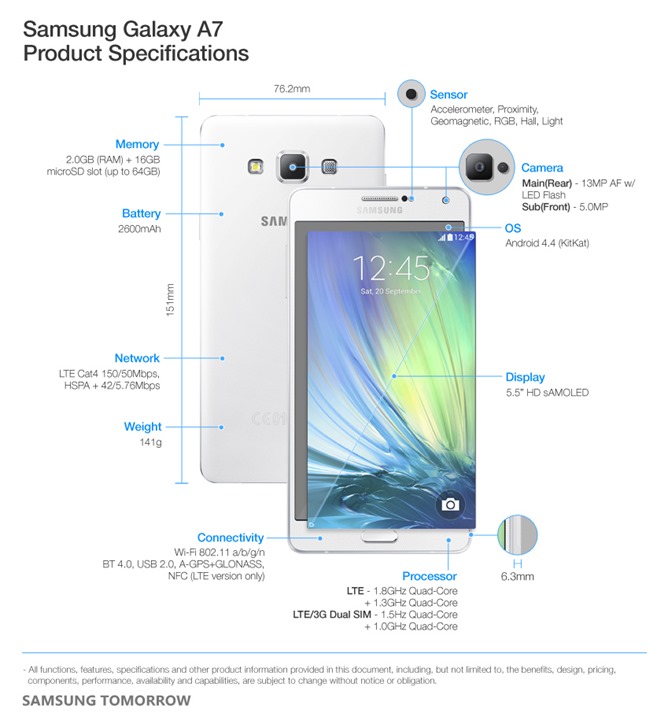 [Weekend Poll] How Much Do You Expect To Pay For Your Next Smartphone?

The New Materialized Falcon Pro 3 Is Live In The Play Store With Multi-Account Support, Smart ...