Originality comes in many forms. One of them is to create a game world or control scheme that catches all who play it by surprise. Another approach is to take a familiar genre and offer an engaging twist on it. Then there's taking an existing game (Frogger), mixing it with the art style from another one (Minecraft), while naming it similar to a big hit everyone can recall (Flappy Bird). That last one appears to be the formula behind Crossy Road, and—okay, maybe it's not so original after all.

The popular iOS title came to Android last month as an Amazon exclusive, and now it's available on the Play Store where more people are likely to get swooped up by its charm.

The game is addictive, I'll give it that. The goal is to get as far as you can without getting hit by a car, jumping into the side of a truck, having a train run over you, falling in the water, or being eaten by another animal. This time waster is easy to dive into, and with the only necessary inputs being tap to jump and swipe to change direction, it takes seconds to learn all of the mechanics necessary to play. 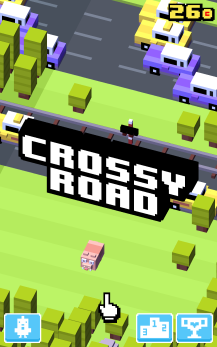 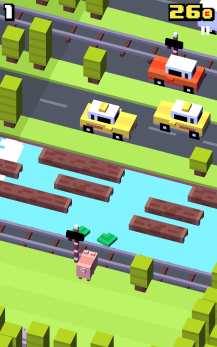 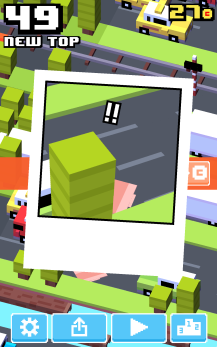 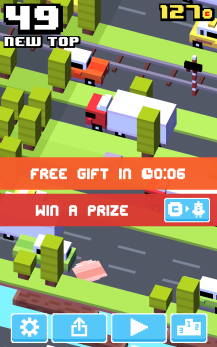 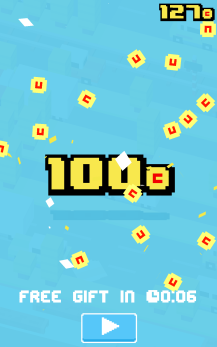 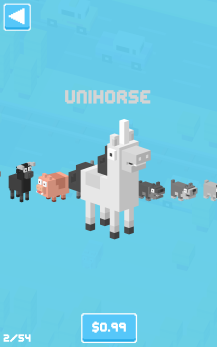 Crossy Road is free, and the in-app purchases aren't particularly intrusive. You start the game off as a chicken, but you can get additional characters for 99 cents. If you rather not spend money, you can gain some by playing the game. I unlocked a pig and a frog in the little amount of time I've spent playing already. There are over 50 in total, and Android gamers get the exclusive chance to play as everyone's favorite bugdroid.

If all of this sounds great, hop over into the Play Store through the link below. Just be sure to look both ways before you do.