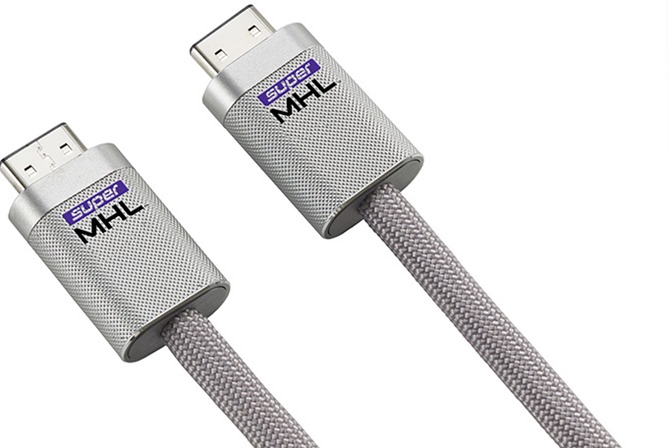 8000 lines of resolution, that is. Anandtech reports that the new SuperMHL standard and cable can handle a maximum resolution of 8K (somewhere between 7680 × 4320 and 10080 × 4320, depending on your screen) at 120 frames per second in its 6-lane cable configuration. It's true that there are basically no consumer-grade displays that can handle that kind of resolution at the moment, but clearly someone's over-designing in anticipation of future developments... and the television industry's pattern of excess. There's already been one Samsung 8K television with SuperMHL support announced at CES. Samsung calls it SUHD, short for Super Ultra High Definition, which sounds like a cross between marketing speak and playground banter. A cheaper cable and port setup with a single lane can hand 4K video at 60 frames per second, with the bonus that it can work with older MHL cables. The current maximum output of MHL 3 is 4K at 30 frames per second. 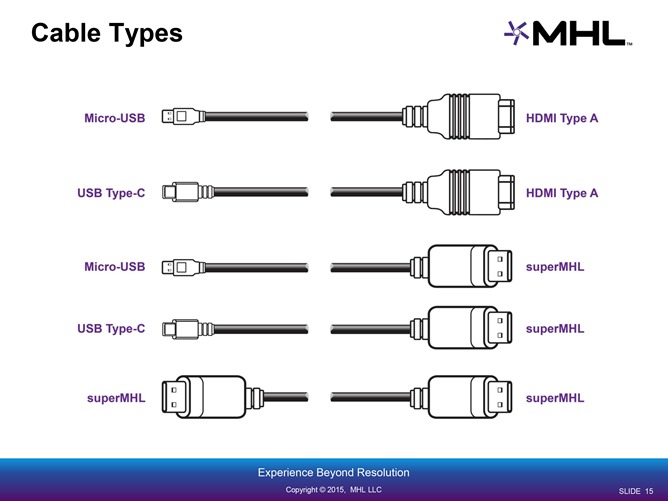 With a new standard comes a new connector, which will be necessary for the 6-lane benefits mentioned above. The new reversible cable can be equipped with standard MicroUSB connections and the new USB Type-C (which is also reversible). MHL-compatible cables for USB-to-HDMI will also be available, though the current HDMI 2.0 standard doesn't go quite so high in resolution or framerate. The newer cables can also supply power at up to 40 watts (for comparison, Qualcomm's impressive Quick Charge technology requires 15 watts.)

Expect to see high-end TVs equipped with SuperMHL inputs later this year, but I wouldn't hold your breath on the capability coming to phones or tablets in 2015.

WordPress Android App Gets The Material Design Treatment In Version 3.5