Android's system-level sharing menu has always been a great asset, making it easy to get content into different apps quickly. Fliktu is a new app created by the lead Android developer of Pocket that adds some more features to sharing and opening links. All you need to do is give your device a little flick. 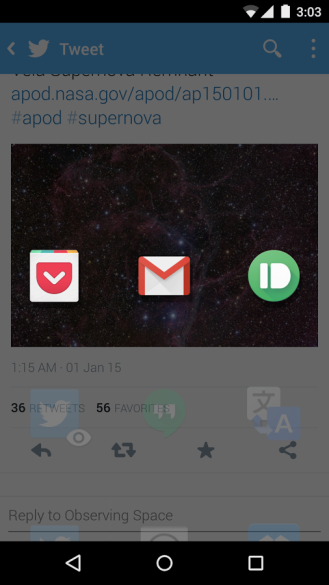 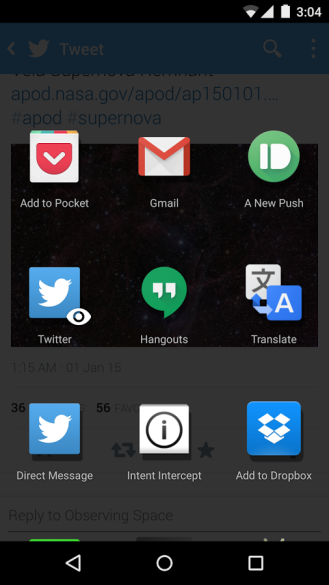 Fliktu ties into three system activities—sharing, opening links, and the clipboard. You can enable each one individually and tweak a few settings. Setup is a little weird because you have to set Fliktu as the handler for half a dozen different intents. The app does guide you through the process very well, though.

The sharing integration is the most straightforward. When you hit share in most apps, you get Fliktu instead of the system UI. This displays three icons in the top row, but you can scroll down to get to the rest. According to the developer, Fliktu is smarter about choosing top apps in the sharing menu because it uses the context of the action. You can also pin apps to one of the top spots. Note, some apps (like Chrome) use non-standard sharing menus, so they won't work with Fliktu. 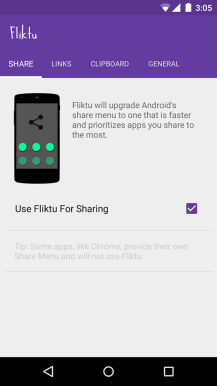 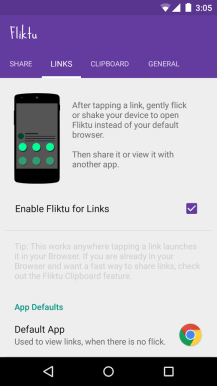 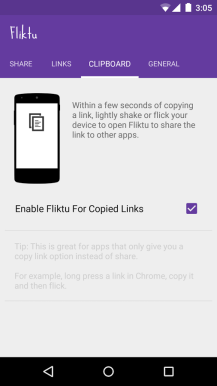 Links and the clipboard are where Fliktu gets wild. When you tap a link, you have a second to shake or flick the phone. If you do that, Fliktu will be triggered instead of your default browser. That lets you open it in another app or share in a single step. When I say "flick," I don't mean you have to violently snap your wrist or anything. Just a gentle tweak is enough. It's the same when you copy a link. Just flick immediately after and you can share to an app from the clipboard.

Fliktu costs a buck, and I think it's definitely interesting enough to warrant giving it a shot. 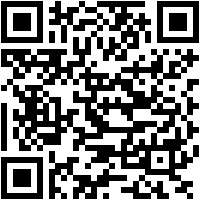 WordPress Android App Gets The Material Design Treatment In Version 3.5