When a regular projector simply won't do at your next business meeting, there's the ZTE Spro 2. This mini projector has a touchscreen and runs Android with full access to the Play Store. It's probably a really slick way to project slides on the wall, but I feel like someone unnecessarily dropped some vowels from the name (or maybe a hyphen or something). 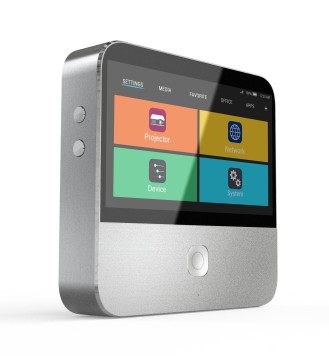 Here are the available specs for the ZTE Spro 2.

It's probably best suited for a business meeting, but you could also use the Spro 2 for watching video or playing games. The LTE version will be available through wireless carriers in early 2015, but a WiFi-only model will be out there too. The Android version isn't clear, but I'd bet on KitKat. There is no pricing available just yet either.