Yale makes a lot of fancy door locks, and it has announced a new one at CES—the first NFC-enabled residential door lock in the US. The Yale Real Living NFC Deadbolt doesn't even have a regular keyhole. You can unlock with either your phone or a code entered on the capacitive keypad. 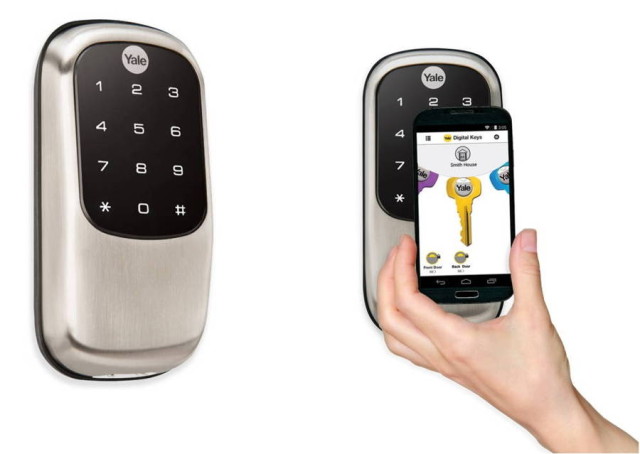 The Real Living companion app will allow you to manage your door even if you're not around. It supports five different virtual keys with the ability to add and revoke keys remotely. You'll be able to buy more keys for $1.99 via an in-app purchase, which seems a little weird to me. It's not like this is a cheap lock.

There's no keyhole in this deadbolt, making it harder for thieves to break in. The keypad grants access if you don't have your phone, but what about if the battery dies? There's a small port at the bottom of the lock where a 9v battery can be attached. Simply plug one in, and you can operate the lock. So instead of keeping a spare key in that fake rock next to the door, you can stash some spare batteries. The Real Living NFC Deadbolt will be on sale in February for $224.99.

Blu Announces A Handful Of New Devices, Including A Trio Of Budget Handsets Slated To Get Lollipop