Dedicated technology newshounds have already heard that all of Sony's upcoming BRAVIA televisions will feature Android TV powering their integrated electronics. At CES, the biggest show around in terms of home theater (among other things), they've made good on that promise. Don't believe me? Watch these attractive people over-emote and demonstrate a BRAVIA television's Google Cast feature and ability to play games from the Play Store.

Android TV runs these TVs, including the various inputs and live television, in a manner similar to some Roku-branded HDTVs already on the market. They have a few Sony enhancements, of course. They include built-in apps for convergent activities like photo sharing. Wondering how you can play games? Just connect a PS4 Dual Shock from controller. (Oddly, the video above is using generic Logitech PC controllers - those actors are probably looking at a blank screen.) It's not included, of course, but Sony's remote does feature a microphone for voice searches. 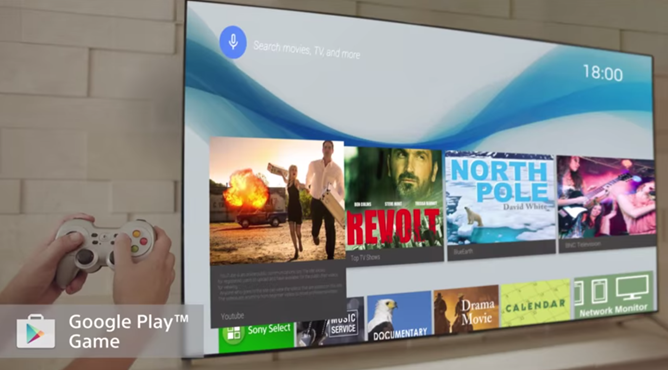 XBR X900C Series: Insanely thin, ultra high-end televisions equipped with 4K resolution. At their thinnest point, these TVs are just 4.9mm, about one fifth of an inch. Of course that's too thin to actually connect anything, so you can bet it gets a little thicker towards the middle, but it's still an impressive bit of engineering. Sony's proprietary X1 processor (not to be confused with NVIDIA's Tegra X1) ensures color accuracy and effective upscaling for non-4K content. The 930C and 940C models include upgraded front-facing speakers with tweeters, woofers, and subwoofers as well as better contrast with the X-Tended Dynamic Range feature. 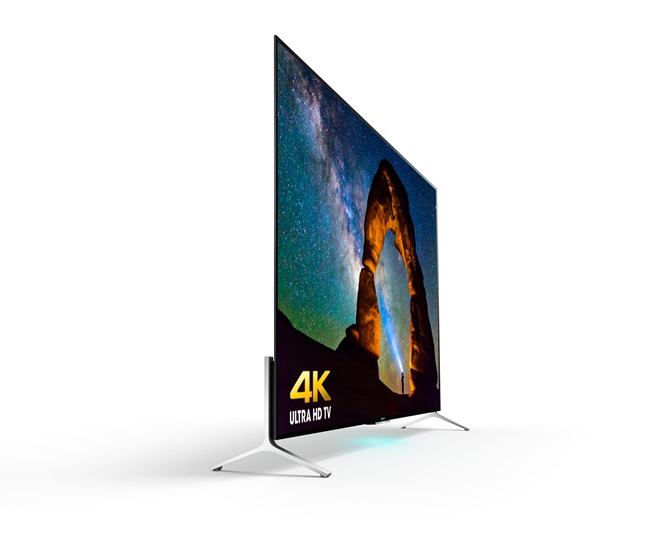 XBR-X800C Series: These are slightly cheaper and considerably smaller 4K sets with the same general aesthetic, but without the crazy thinness. They still feature the proprietary X1 processor.

KDL series: these televisions are standard 1080P models with more typical designs, for customers who aren't sold on 4K in general (or don't want to pay for flagship TVs). Each one includes Android TV and Sony's software, but not the advanced audio and video features of the more expensive sets above.

All of these BRAVIA televisions, and various other Sony models packing Android TV, are scheduled to be released in the spring of this year. Pricing has not been addressed, but Sony televisions tend to be among the most expensive - you can expect the range to vary from around $1000 to well over $3000.