Gameloft has a number of "top-tier" properties like Modern Combat and Asphalt, but it's been a while since N.O.V.A. got any love. That's Gameloft's totally-not-a-ripoff-of-Crysis sci-fi shooter. Well, there's a new version of N.O.V.A., but it's mostly the same as the last one. This is N.O.V.A. 3 Freedom Edition. It's the same game, but it costs nothing to download and has no in-app purchases. The catch is that N.O.V.A. 3 Freedom Edition has ads.

The original version of N.O.V.A. 3 costs $6.99 and also packs in-app purchases as high as $99.99. The Freedom Edition is free, and does seem to completely lack in-app purchases. I'm actually a little shocked on the second count, but the Play Store reports no IAPs, and I checked out the game—it's clean. If there are some IAPs in there someplace, they're hiding quite well. In addition, I've only come across one ad in the first few sequences. 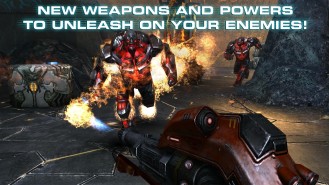 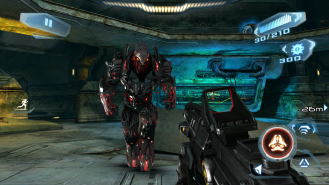 N.O.V.A. 3 is a typical first-person shooter adapted for a touchscreen. There's aim-assist, and the controls work well enough. N.O.V.A. 3 is technically a few years old, and Gameloft still seems to have foregone controller support (so say user reviews). That's the sort of thing you expect to have these days. Still, you can't argue too much for free.

The ZTE Spro 2 Is An Android-Powered Smart Projector With Google Play Access, An LTE Hotspot, ...

Razer's Forge TV Is The Gamer's Android TV Box, Complete With Mouse And Keyboard Support And ...