Sling TV is best known for its set-top boxes that can beam your TV signal across the internet to other devices. The Dish subsidiary is set to embark on a new endeavor this year. Sling TV is set to offer a live TV streaming service that doesn't require a separate cable or satellite subscription. For $20 per month, you get a dozen streaming channels with more available as add-ons. 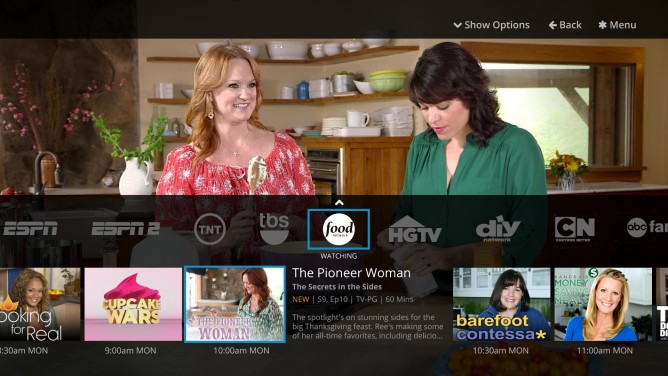 The service will be available on Android, iOS, desktops, Fire TV, Fire TV Stick, Roku, Android TV, Xbox One, and a variety of smart TVs. Sling TV's streaming service will mostly be about live channels, but there will be some on-demand access too. Sling plans to expand that throughout the year. Most channels will also include a 3-day replay feature so you can go back and see content that you missed.

The basic $20 service comes with 12 channels including ESPN, ESPN2, TNT, TBS, Food Network, HGTV, Travel Channel, Adult Swim, Cartoon Network, Disney Channel, ABC Family, and CNN. There will be two add-on packages available at launch, one for kids and another with more news content. Each channel pack will cost an additional $5 per month. An expanded sports package is planned for later in 2015 as well. Sling TV streaming is expected to launch (presumably only in the US) in the first quarter of the year.