The current era may be captured by smartphones, but the previous one was caught on film by Polaroid. The company's cameras printed out photos just after they were captured, with photographers shaking the results to help them dry (a gesture Polaroid says can actually damage the picture these days).

A poorly-named successor aimed at hip, young smartphone users—the Socialmatic—has been in development to introduce this functionality to a new generation. Polaroid announced the Android-powered camera at last year's CES. This year it will soon be available from Polaroid (eventually), Amazon (January 15th) and Photojojo (end of this month) for $299.99. Polaroid sent out a press release today saying the product is now shipping, but none of the sites above have been updated to match this information.

The Socialmatic comes with a 14MP rear-facing camera, a 2MP front-facing one, and a sizable 4.5-inch screen. There's 4GB of internal memory for apps and such, along with a microSD card slot for your photos and videos. On the side, there's a printer that can spit out 2 x 3 photos in under a minute. They're not the size of Polaroid pictures from yesteryear, but they're larger than the non-existent prints smartphones bring to the table.

Polaroid isn't blind to market trends, and it knows most consumers aren't going to go back to lugging a dedicated camera around. For them, it has announced the Zip Mobile Printer. This device will be able to pair wirelessly to a phone or tablet (Android and iOS supported) through a companion app and print out 2 x 3 pictures without using ink. 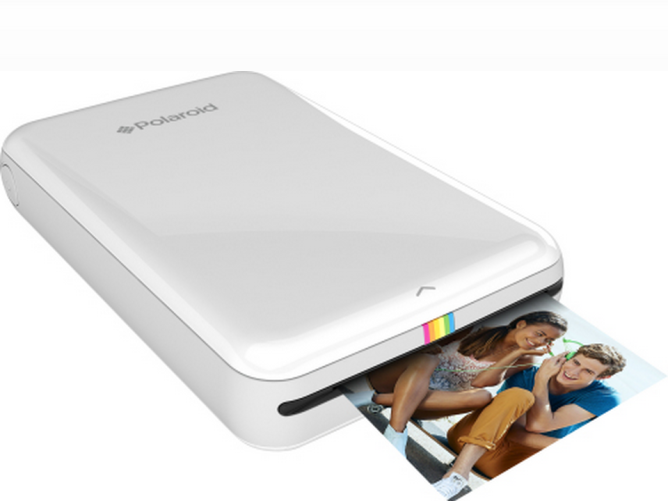 The Zip Instant Mobile Printer uses technology developed by ZINK Imaging and should be able to spit out 25 images per charge. We'll get to see how it works when it comes to market this spring for $129.99.

At this year's CES, the company has also unveiled a line of dashcams. There's nothing explicitly Android-related going on here, but I'll give it a mention regardless.

Garmin Shows Off The Fēnix 3 And Epix Smartwatches, For Those Who Want A Sportier Alternative ...