Good news, owners of the AT&T variants of the Galaxy Mega 2 and Galaxy Tab S 8.4: your Samsung gadgets are getting a software update! Bad news, same people: you're probably not going to notice or care about the things contained within. The Galaxy Mega 2 gets "user interface enhancements" and the addition of the AT&T Messages Backup Service, and the Tab S only gets "revised link management handling in Calendar." Try to contain your enthusiasm. 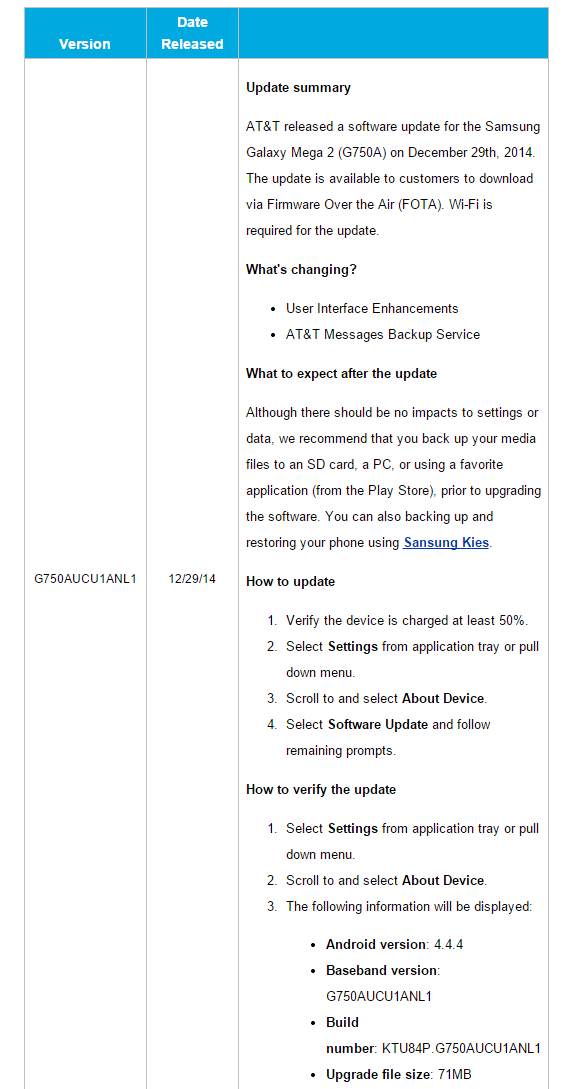 This is the first update for the Mega 2 (G750AUCU1ANL1), while the smaller Tab S (T707AUCU1ANK1) has received a similarly unexciting one already. The update files are relatively small at 71MB and 34MB, respectively, but AT&T still won't send them to you if you're not using Wi-Fi. (I guess that "strongest LTE signal in the country" business doesn't apply for medium-sized ZIP files, huh Ma Bell?) Both devices are still running Android 4.4.2 with Samsung's software layer.

As always, any root-level modifications to your phone or tablet's software may cause the update to fail. AT&T sends out its updates in batches, so don't be surprised if it takes a few days or even a couple of weeks for these OTAs to reach you... though I doubt anyone is on the edge of their seat for them anyway.

Lenovo Announces A Pair Of New Android Smartphones, An E-Ink Smartwatch, And A Selfie Flash For ...