Most of the news about CyanogenMod over the last month or so has been about Cyanogen Inc.'s very public spat with enthusiast manufacturer OnePlus. But believe it or don't, work continues on CyanogenMod 12, the custom ROM team's version of Android Lollipop. One of the more interesting changes to the new version was spotted over on the Android subreddit: starting with CM12, CyanogenMod will no longer require a separate app to manage root permissions.

You can see the relevant change over at the official CyanogenMod code review. "Superuser access doesn't require an app now, it's been tied to privacy guard," writes developer Ricardo Cerqueira, a prolific member of the CM team and one of Cyanogen, Inc.'s original employees. Privacy Guard is a portion of CyanogenMod intended to make it easy for users to disable critical permissions on an app-by-app basis. It shed its former name, Incognito Mode, when it was merged into CM11 back in July of last year. It will be interesting to see if this new integrated approach to root capabilities interferes when users wish to stick to standard apps like SuperSU. 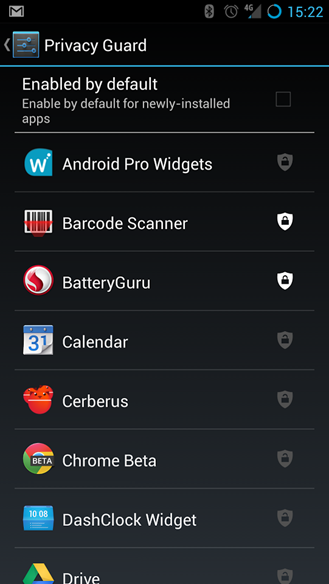 The CyanogenMod team has a famous fear of dates and deadlines, adopting an "it's done when it's done" approach to ROM releases, so we don't know when official builds of CM12 will be published. Unofficial ROMs based on early versions of the open-source code have already been posted to user forums for many devices, and users with the know-how can always roll their own.

Get A Free Year Of Netflix And Milk Music Premium When You Buy A New Galaxy S5, Note 4, Tab S, ...