It's been about a year since the original Air Dock wireless car charger smashed its Indiegogo funding goal, and now v2.0 is doing the same. The fixed funding campaign had a goal of $85,000, and it's already over that with a few more weeks to go. You've still got time to secure your Air Dock 2.0, and you should probably consider it—this car dock is one of the coolest, most convenient ways to charge your phone.

The basic premise is much the same as it was last year. The Air Dock 2.0 has a micro-suction foam surface and strong magnets to hold your device in place. Inside is a Qi-compatible wireless charging coil that will juice up the phone (as long as you've got wireless charging). The second-gen incarnation reportedly has a stronger power transmitter so you can use a thicker case with your device. The Air Dock 2.0 also has a built-in NFC chip so you can automate tasks when the phone is attached to the dock (ex. launch Maps, turn on Bluetooth, and so on). The microUSB port for power is on the back of the dock now, rather than the side. That makes it considerably easier to keep the cord out of the way.

Almost any phone with a smooth back will stick to the Air Dock, but those with curved profiles will have less surface area in contact with the standard Air Dock. So what's a Nexus 6 or LG G3 owner to do? Just get the special curved Air Dock. Yes, there will be special versions of the final product designed to accommodate these devices. There are also multiple mounting options including the standard suction cup, a longer flexible mount, and a CD player mount. 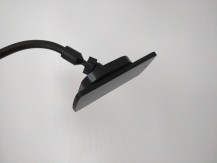 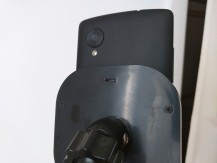 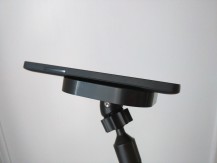 I've been using the original Air Dock for the last year, and it's been great. While I've only had the second-gen dock for a few weeks, it seems every bit as capable as the original and then some. Note, the images above are a pre-production model. The final version will be a bit more polished. The USB placement is much improved, and I love the longer flexible mount.

You've got until January 26th to pre-order, but supplies are limited (and they'll be more expensive later). There are few hundred single-unit perks left as of this posting. Admittedly, $85 is a lot for a phone mount/charger, but it really does it all. Delivery is expected in March. CyanogenMod 12 Will Integrate Superuser Settings With The Privacy Guard System, No Separate SU ...