It's really hard for hardware manufacturers to stand out once CES starts, especially if they're promoting budget devices that don't grab headlines. So those without eye-popping gadgets are starting to announce them earlier and earlier - for example, if Archos hadn't exercised a bit more restraint with this new budget phone and a trio of tablets, it would have technically been a year before its Las Vegas debut. Meet the new Archos 50 Diamond smartphone and three Archos Helium 4G tablets. 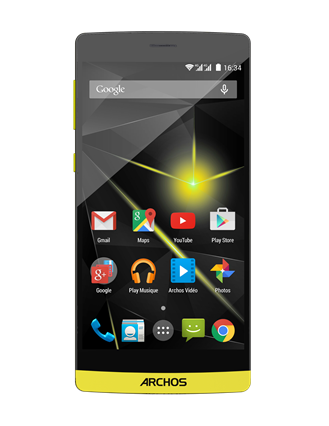 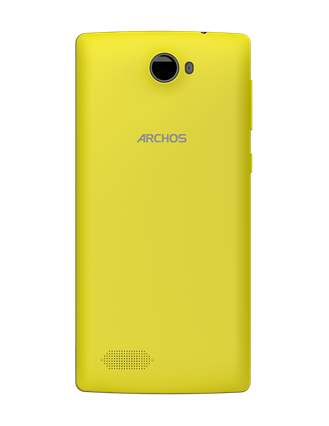 Like most of Archos' hardware as of late, all four devices fit squarely in the budget category, at least in terms of specifications. The 50 Diamond looks pretty typical aside from its vibrant yellow case, which also comes in black. It's a 5-inch, 1080p device running on the new Qualcomm Snapdragon 615 and 2GB of RAM, which means it should be able to handle just about any typical Android activity even without the top-tier performance of the 800 series. Archos is casting a wide net, combining decent specs with crowd-pleasing extras like a MicroSD card slot on top of the typical 16GB of storage, 16MP rear and 8MP front-facing cameras, and dual SIM card slots to take advantage of Category 4 LTE. The non-removable battery is a slightly underwhelming 2700mAh, but it keeps the phone slim at 8mm. 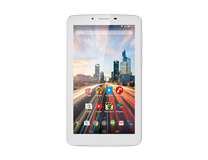 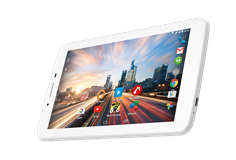 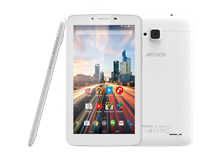 The tablet trio of the 70 Helium 4G, 80b Helium 4G, and 101 Helium 4G follow the familiar seven, eight, ten-inch screen trifecta favored by Samsung and LG. The tablets' biggest distinguishing feature is dual-SIM LTE wireless built in, something that's not often seen on budget or base model tablets. They'll need that edge, since their core specs are much more budget-oriented: all three run on a MediaTek MT8732 1.5Ghz processor and a single gigabyte of RAM, with a tight 8GB of storage space plus a MicroSD card slot. The smaller tablets use cameras that are a disappointing 2MP on the back (though they do have an LED flash, not a given on tablets) while the ten-incher bumps it up to 5MP, and all three have a .3MP shooter on the front. The 7-inch 70 Helium makes do with a 1024x600 screen and a relatively tiny 2500mAh battery, the 80b Helium bumps it up to 1280x800 and 3600mAh, and the 101 Helium uses the same resolution with a 6500mAh battery. 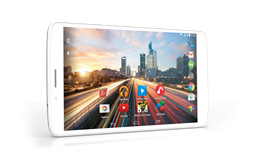 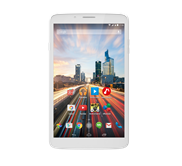 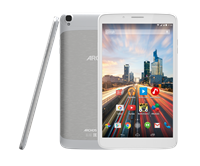 All four devices run on Android 4.4, which is a little disappointing, but Archos claims that the software comes "without any skins or overlays to pollute the user experience." That looks about right, though the 50 Diamond uses capacitive navigation buttons in a non-standard order. The phone and tablets also include media apps from Archos, which tend to be considerably more flexible and powerful than those from Google or other manufacturers.

No price or date has been announced for the 50 Diamond, 70 Helium, 80b Helium, or 101 Helium. We'll be seeing the new phone and tablets starting next week at CES, so expect them to come out in Archos' home territory of Europe sometime in the first half of this year. 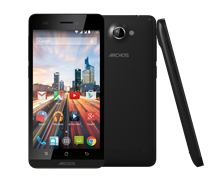 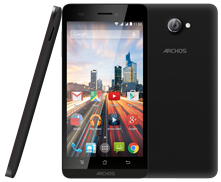 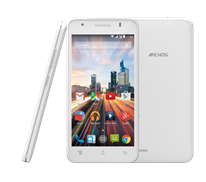