The situation between allegedly independent manufacturer OnePlus and its former software supplier Cyanogen Inc. is... strained. After the software company signed an exclusive deal with Indian manufacturer Micromax, the company refused to supply its CyanogenMod ROM for the OnePlus One in India, then Micromax attempted to block sales of the One in that country, a situation that still hasn't been resolved. OnePlus has formed its own team of software engineers, and is now making its own phone ROMs independently. The first one, an alpha build of Lollipop that's very close to "stock" AOSP, is available now. 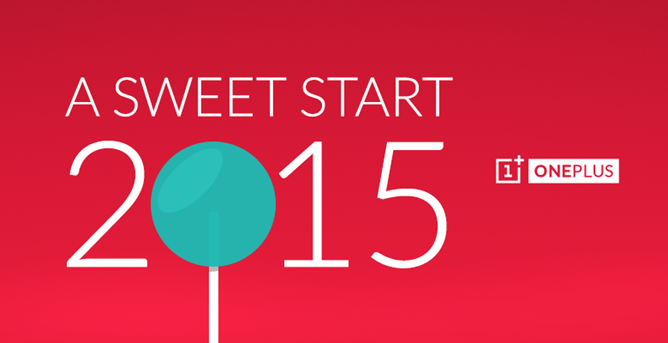 The official announcement instructs One owners who want to try out the new ROM to flash it in the TWRP custom recovery, along with a ZIP file of GApps (a packaged version of Google's apps and backend software, like the Play Store and Gmail) after doing a complete wipe of their phone's system. It's safe to say that this software package probably isn't ready for primetime - presumably OnePlus will send an over-the-air update or make a standard announcement with instructions at a later date. The alpha ROM posted today will not receive OTA updates, and another wipe may be necessary to return users' phones to standard software.

The confusion over the future of CyanogenMod 11S (or 12S), the custom version of the ROM running on the One, continues. While it's safe to assume that this new and unnamed Lollipop ROM is what Indian users will be seeing in a few weeks or months, it's unclear whether OnePlus will switch phones outside of India to its own ROM. Cyanogen Inc.'s original software supply agreement may compel them to develop new software for a set amount of time. In either case, it seems unlikely in the extreme that the next OnePlus phone will use CyanogenMod software out of the box, as was so heavily promoted with the One, instead relying on internally developed software like just about every other manufacturer. The aftermarket ROM community will make a variety of software available in any case.

Google Hangouts Rings In The New Year With A Dancing Emoji

GTV Hacker Rebranded To Exploitee.rs For The New Year, Because No One Uses Google TV Anymore