As is the tradition, the current Humble Bundle has been beefed up with some new titles to entice potential buyers. The Noodlecake bundle, which debuted last week, just got five new games, including an unlocked bonus title with more on the way (maybe). 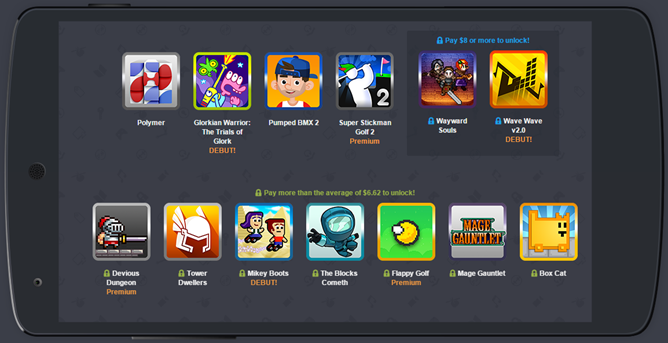 The new games today are The Blocks Cometh, Flappy Golf, Mage Gauntlet, and Box Cat. In addition, total sales have unlocked the first bonus game, Trainyard. More games can be unlocked as sales continue to grow. The next one up is Wave Wave 1.0 at $125,000.

You can pay whatever you want to get the basic tier of games, but only purchases for more than the average ($6.62 right now) will unlock the next tier. Then there's the $8 cut-off for Wayward Souls and Wave Wave 2.0. The Humble Bundle splits sales with charity and the developers, so don't be shy.

As for the free stuff, here's how it works:

We've got 10 codes that grant access to the full bundle of games. If you want to enter the drawing for a code, just leave a comment below. We'll choose 10 random winners tomorrow (December 30th). Good luck!