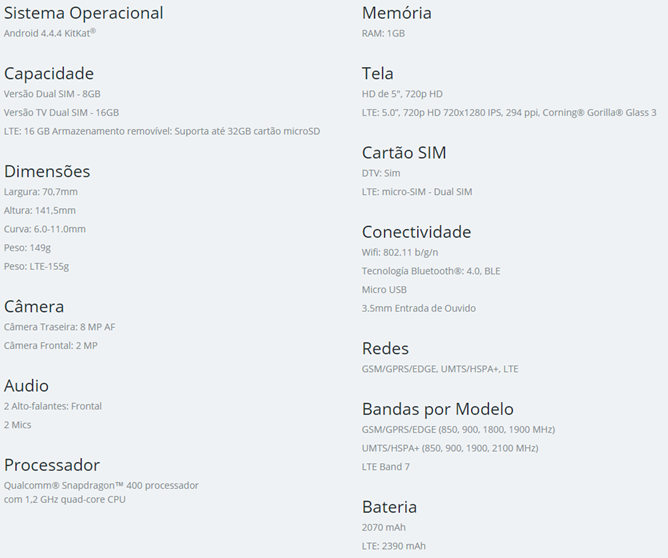 While this is official confirmation (essentially) of the existence of a new LTE Moto G, it's worth noting that Brazil typically gets Motorola models specifically for that region, so specifications will likely vary a bit if we see this phone stateside or elsewhere in the world. Specifically, you can probably count out the dual SIM capability unless you're in Southeast Asia.

Currently, the 2nd Gen Moto G sells in the US only in 8GB trim, so it seems likely that when and if the LTE version launches here, we'll get the bump to 16GB advertised on the Brazilian phone. Pricing is still up in the air, as Moto's Brazil site doesn't actually allow you to order the LTE G yet, but I'd expect a substantial bump over the standard 3G edition.