It's probably too late to pick up a last minute gift, but maybe you can order a little something for yourself. B&H Photo has a great deal on the LTE-equipped NVIDIA Shield Tablet right now. It's just $368 and comes with a free Shield controller. 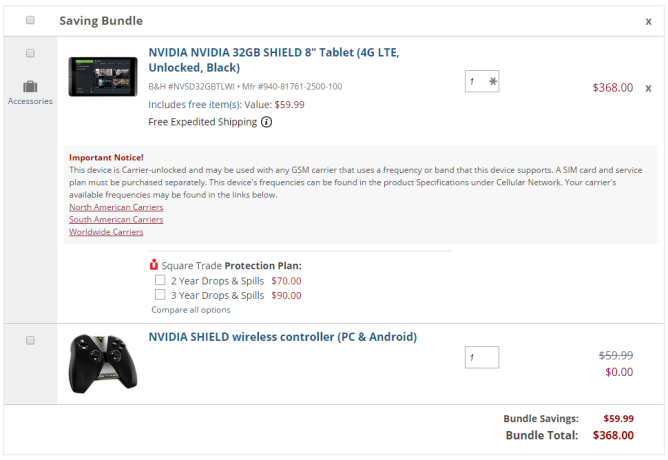 The LTE version with 32GB of storage is usually $399 all by itself, and the controller is another $60. The lower price won't appear until you add the tablet to your cart, but it drops in the controller automatically at that point. That's a great deal on one of the best Android tablets available right now. It probably won't last long.

The Shield Tablet runs a 32-bit Tegra K1, 2GB of RAM, and already has Android 5.0. It comes with free shipping in the US, but you can pay to get it in a day or two.