ZeroLemon loves to strap enormous batteries onto every phone that they can, and since they keep doing it for basically every new Samsung and LG high-end model, someone must be buying them. The latest phone to receive the company's blessings of longevity is the Galaxy Note 4, itself already one of the biggest phones around. A 10,000mAh battery and a replacement rear cover (which is really more like a case) can be yours for $59.99 on Amazon. 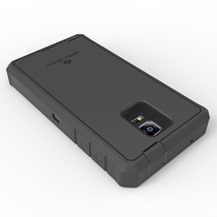 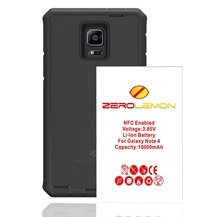 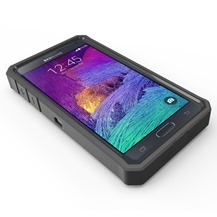 The Galaxy Note 4's default removable battery is a generous 3220mAh, so the 10,000mAh replacement should last roughly three times as long as the phone alone (and it's already pretty good in that regard). To fit that massive bulk onto your phone, you'll have to use the replacement cover/case as well, which wraps around the entire rear of the phone and all four sides. The dimensions of the device with the case on are 163.32x89.22x22.6 millimeters, compared to 153.5x78.6x8.5 millimeters to the naked device. It's big. Cutouts for the rear camera, pulse oximeter, and stylus allow access to basic functions, and extended buttons let users access power and volume. 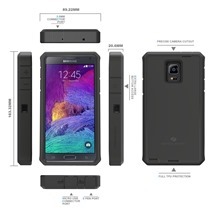 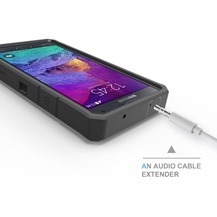 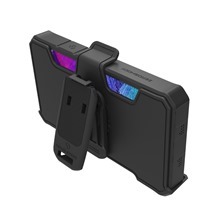 The ZeroLemon battery includes an NFC chip, but wireless charging is not supported. Also, the manufacturer says that Qualcomm's Quick Charge will recharge the battery to approximately a third of its capacity, but after that you'll have to disable this in the software to allow a full 10,000mAh recharge. It comes with a belt clip, and you can have it in any color you want, as long as you want black.

ZeroLemon batteries come with a 180 day warranty. While this one isn't eligible for Amazon Prime shipping, standard shipping is a very reasonable $.69.

[Deal Alert] HTC's Hot Deal Of The Week Is 20% Off Any Phone On HTC.com