You may remember Anki as the company that took the stage at Apple's iOS 7 announcement in 2013 only to have its demo bogged down with bugs. Since then, the product has done quite well on iOS and it came to Android a few months ago. At $150 for the starter kit, it's a lot to pay for AI-controlled race cars. Anki Drive seeks to bring basic artificial intelligence into the real world, making for a unique gaming experience. Should you consider dropping cash on what is essentially a really fancy slot car set? 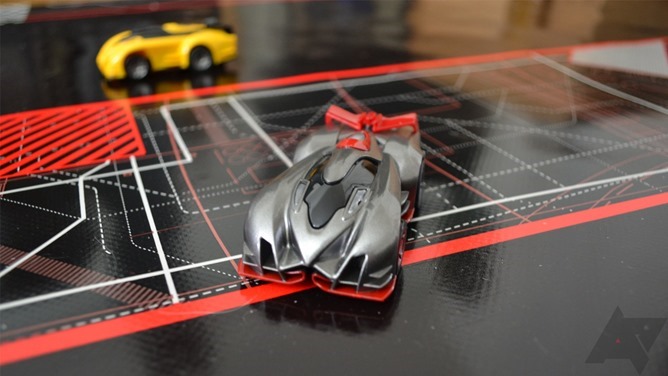 The Anki Drive kit comes with two cars and a simple oval-shaped track. The track itself has a slightly tacky surface (and gets kind of dusty) on a vinyl mat measuring 3.5 ft by 8.5 ft. Beneath the surface layer is a pattern detectable only in the infrared. Each car has an infrared light and camera on the bottom that reads a pattern hidden under the track. This position data is sent over Bluetooth to the connected phones, which then coordinate the action. The cars acquire location data 500 times per second, making it possible for them to correct for disruptions and attacks from the other cars.

To play Anki Drive, you simply pair one of the cars with your device, and another one with the other player's device. If you want to play solo against an AI car, you can just pair both to one phone. This, of course, relies on the Anki app to mediate the connection and trigger weapons. Wait, weapons? Yes, weapons. Each car has a defensive and offensive ability, which can be upgraded as it gains experience. They aren't actually launching foam darts at each other, or anything. It's all happening virtually with flashing lights acting as visual cues for the players. 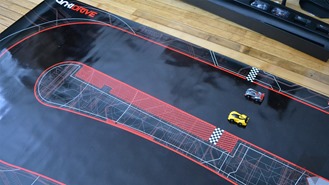 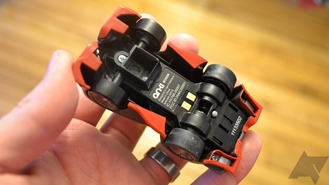 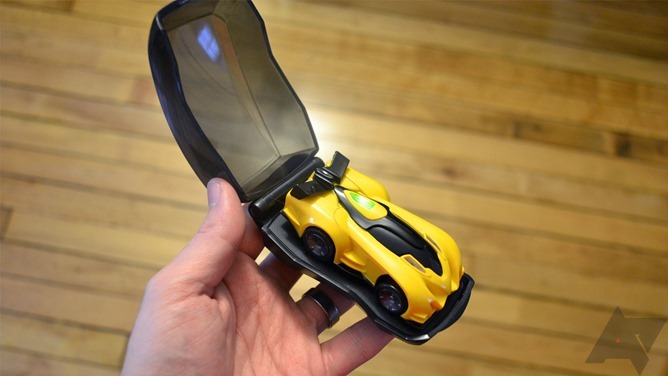 Most of the car's basic driving is handled by the AI, but you can still tweak things a little. Tilting your device left and right will move the car to an inside or outside track. There's also a throttle slider, which adjusts your speed. In this way you can have some influence over when you make your move while letting the AI handle all the small stuff.

So, you fly around the track, tapping furiously in the app at the right time to attack the other car. Do enough damage, and the enemy car goes dead for a few seconds, allowing you to gain the upper hand. The cars can cope with tiny imperfections in the track, collisions with the other car, and even a bad spin out from weapons fire.

But Is It Fun?

Getting set up for a race is a snap. Simply place the cars down at the start/finish line and pair the cars. Pairing Bluetooth devices is almost always a pain in the butt, but the Anki app seems to manage it pretty easily. In a few seconds you can be linked up and ready to start a race. You've got your choice between a few different lengths of race, but it seems like early strategy usually allows one car or the other to jump way out in front. The shorter races are more enjoyable. 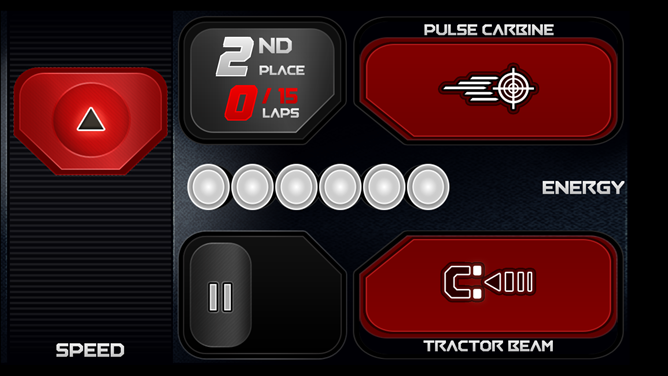 From the app, you can trigger your weapons when the enemy car is in range (for most powers it's line of sight). If you do enough damage, the other car stops dead, as mentioned above. You'll want to avoid running into it, as that lessens your advantage. Still, your car recovers quickly after a collision. That's just one of the neat things about Anki Drive.

Not only can they recover when they come in contact with each other, but they can even respond to outside obstacles. One of my dogs traipsed across the track in the middle of a race, and a car bounced off his foot. It immediately got pointed the right direction and took off again. It's almost eerie how smart the cars are sometimes. For example, at the end of a race they do a victory lap then park in the pit area. Let me repeat that—these cars drive to a specific place on the track and park right next to each other at the end of a race. That is so cool.

So yes, Anki Drive works well. Really well, actually. My only complaint with the functionality is that the app can be a little clunky sometimes. The actual races are fine because you really only have to worry about a few buttons and the tilt control. On a slightly different note, the cars don't last very long on a charge. You can probably play for a half an hour or so before they need to plug in for a little while.

This is definitely a cool gadget, and I'm happy to see it support Android now. However, there are a few inexplicable gaps in device support. Most phones and tablets are allowed, though. You should probably check to make sure your device is supported before dropping $150 on the starter kit. It's expensive, yes, and additional cars are $50 each. 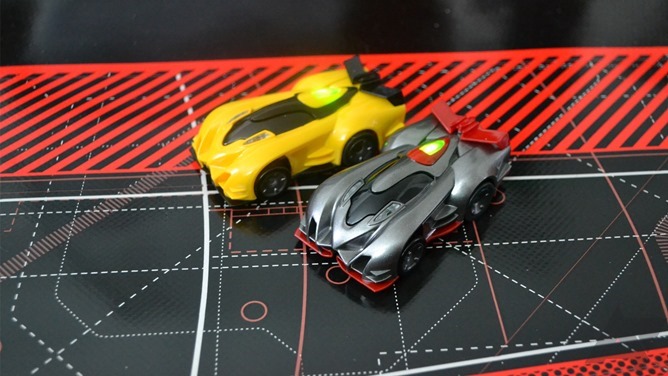 I can't convince you that's a reasonable amount of money—it depends on your circumstances and whether or not the idea of Anki Drive interests you. What I can say is that Anki Drive works as advertised and is super-fun. If you find yourself with a little holiday cash, this might be something to pick up once it's back in stock. The starter kit is sold out just about everywhere this holiday season.