Nothing says "Happy Holidays" like dystopian teenagers forced to murder one another. If you have a recently-released Samsung phone or tablet, you can load up a copy of The Hunger Games or its sequel Catching Fire for that long journey home. Just install this app from Lionsgate (only compatible with some devices) and follow the instructions below to get a couple of free movies. 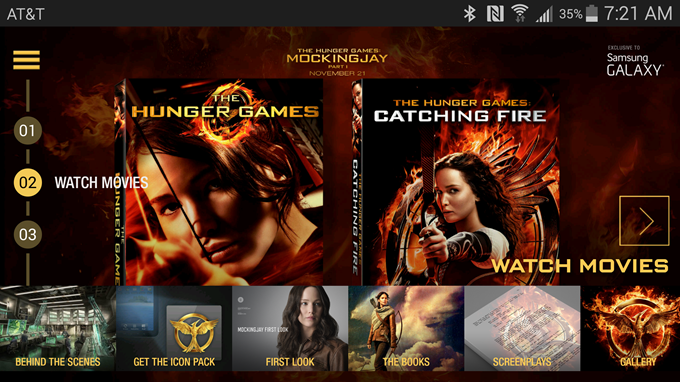 According to SlickDeals, the free redemption codes are available to owners of the Galaxy Tab S, Galaxy Note Pro, Galaxy Tab Pro, Galaxy Note 3, Galaxy S5, and Galaxy S4. One Android Police writer managed to redeem both movies on a Galaxy Note 4, so it might be worth a try on other Samsung phones too. 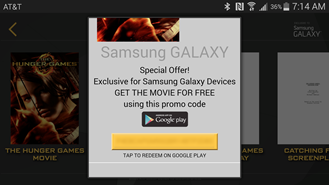 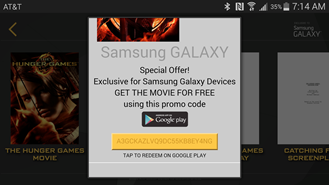 Once you've installed the app, tap the "2" to advance to the second menu item. Tap the ">" button above "watch movies." Then tap on either movie and a promotional message will pop up with a Google Play Store redemption code. Tap the code and you'll see an IAP-style window with the free movie available in HD. Redeem it in this screen and the movie is tied to your Google Play account, and then you can watch it on your current device, your Chromecast, on the web, or on any other device where Google Play Movies is accessible. 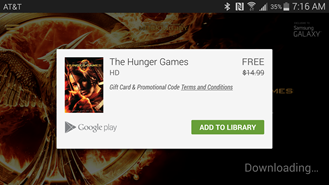 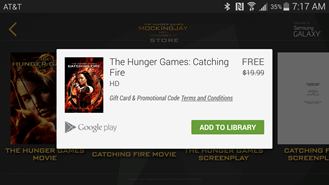 The rest of the app is pretty cool for fans of the Hunger Games series. In addition to the usual trailers for past and upcoming movies, it has custom icons, links for the Suzanne Collins novels, and even copies of the screenplays that you can read through. Some non-Samsung devices are supported, like the Nexus 6, but they're few and far between. Looking for more free movies from Google Play? Depending on what hardware you have, you might still be able to grab a free copy of Lord of the Rings (or other movies in other countries), Gravity, or the original X-Men. 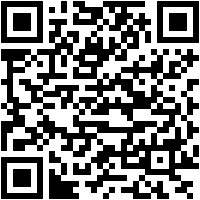 [Updated] ASUS Teases New ZenFone To Be Unveiled at CES Saying, 'See What Others Can't See'