You know what would make me use Facebook Messenger more? (... Said no one ever, but let's just pretend, OK guys?) If I could send my friends photos with a bunch of stickers plastered all over them. Thinking that it's a great idea 4SHO (that's one of the stickers), some developers at Facebook's Creative Labs took it upon themselves to turn it into a reality. The result is Stickered for Messenger, an app that is as full of Kawaii as it sounds. 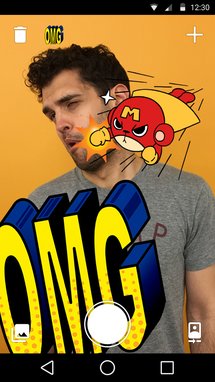 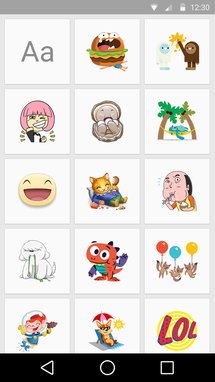 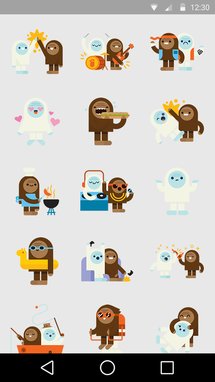 Whether you're primping a new photo or one from your gallery, Stickered has 52 categories of tens of drawings to pick from. These range from some cute Pikachu and Teletubbies-like emojis, to a burger head man rowing a boat with his true love — lady fries. There's a snake and a bird who seem to be best buds, a little green chicken puking a rainbow, and a regular white chicken with a butterfly tattoo on its rear saying YOLO. The Facebook Like button makes an appearance, accompanied by the one clipart every Facebook user has been craving and clamoring for for years: a thumbs down. Yes, it's alright to dislike things in Stickered — it's a free world.

But that's nothing compared to the disturbingly weird oyster stickers... Some things can't be unseen.

Anyyyyyyway, Stickered comes with all the options you expect from similar apps. You can change the size, place, and rotation of all images you inserted. Your final creations can be saved to your phone or shared directly to Messenger. It's a free and ad-free app, and it doesn't require a Facebook login if you just want to check it out. But don't open the oyster category, you've been warned.